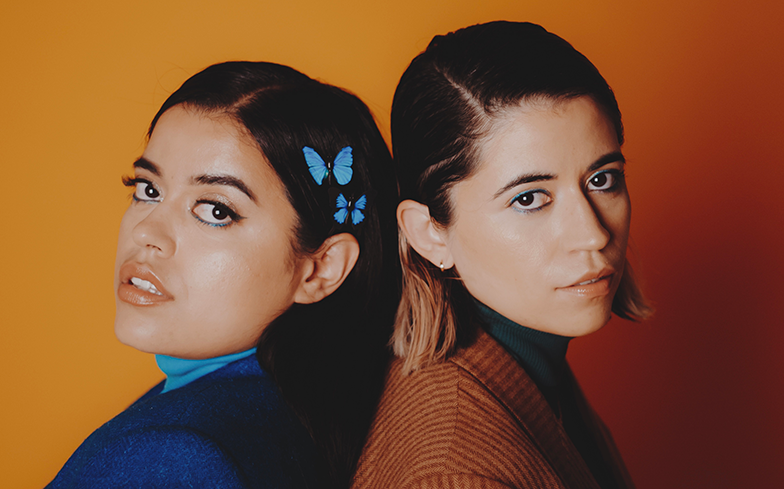 We are obsessed with the sister-duo and their synthpop releases.

Today, REYNA have released their latest single Saw You With Somebody Else, along with a fun, self directed music video.

The new track is a certified earworm and floorfiller. But, despite its upbeat tune, the lyrics are deeply reflective.

“After a recent breakup I had to end many friendships and start over. I had to find a new place to live and figure out what to do next – it all felt so heavy and life changing,” says band member Vic.

“Saw You is about realizing that the past will always be a part of you even while trying to build a new life.”

The video, that premiered today, is an enjoyable watch that makes you wish for snow so, just like Vic and Gab, you can play around in it and look super cool.

Gab speaks of the video, “There was a huge snowstorm in Milwaukee a couple of weeks ago and we randomly decided to film ourselves with our iPhone walking around enjoying the scenery.

“The shots capture the nostalgia of the song and the hopefulness of starting over. We had a hard and very emotional 2019 and somehow walking around snowy Milawaukee felt so rejuvenating and like starting new.”

We spoke to Vic in 2018 about her tough coming out journey – read the full interview here and watch the music video below.