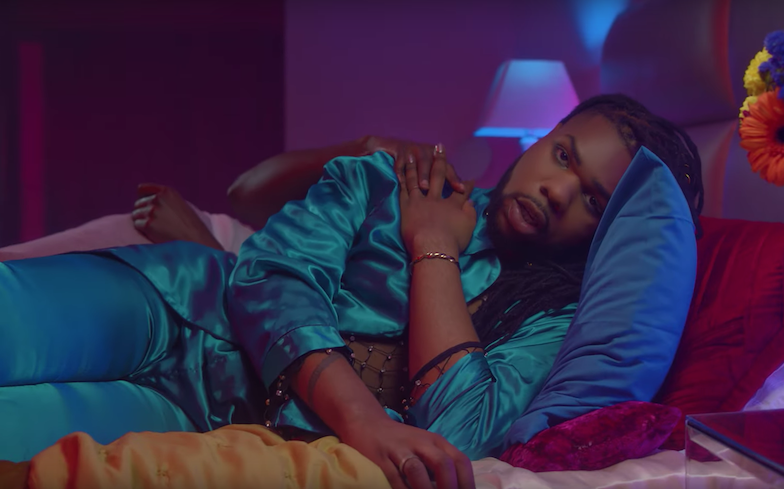 MNEK has unveiled the video for his massive R&B throwback anthem Girlfriend.

In the clip – directed by Jordan Rossi – the British singer-songwriter (looking sickening as per) is fed up with his male interest because he keeps their love closeted. Oh, and little problem, he has a girlfriend…

“I’m a little secret nobody’s supposed to know / You want to keep this on the hush, keep this on the low,” he sings on the track. “I’m the reason she’s wondering why you’re never home / But imagine if she knew you were f**ing me.”

Watch the video for Girlfriend below.

When we spoke to the performer last year, he said he wants to be a positive role model for the LGBTQ community – especially for queer people of colour.

“When I went to UK Black Pride, I came across so many young queer kids of colour who came up to me and say thank you,” he told us.

“Even the video shoot I just did the other day for Correct, this guy who was on set working came to me after and was like, ‘I’m not going to get emotional, but thanks so much, you did this for me and it’s so great to see an African gay artist out there doing pop shit, and not trying to be cool or edgy or underground.

“I think it’s cool that it helps people. It makes it so it’s beyond just the music.”