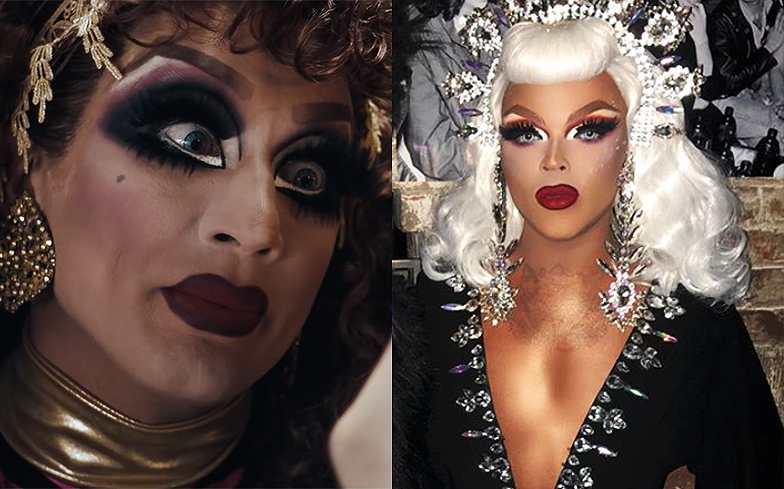 The world premiere of Hurricane Bianca 2 received a special guest visitor during its world premiere last night, in the form of Drag Race’s breakout queen of season 10, Vanessa “Vaaaaaaaanjie” Mateo!

When asked who she’d like to appear in the next – and final – film in the Hurricane Bianca trilogy, Del Rio responded by saying “Miss Vanjie” three times. Seriously, who doesn’t love this queen?!

Like the Candyman, rumour has it, if you say “Miss Vanjie” three times (you don’t need no mirror tho), she will appear – and that’s what she mother-tucking did honey.

“I heard my name!” Vanjie shouted from behind-the-scenes, which led to the audience – and the cast – losing their shit.

She then sashayed onto the stage screaming her own name, telling the audience to “get deez cookies!”

Since Miss Vanjie’s Drag Race introduction, she’s become one of the most beloved queens in the show’s HERstory.

Her now-iconic/groundbreaking/revolutionary exit from the competition led to the queen becoming a viral sensation, spawning several hilarious, gag-worthy memes.

Honey, even Mama Ru joined in on the fun! Remember when she wore a Miss Vanjie necklace on Time 100’s Gala Red Carpet?

“I was so disappointed to see Miss Vanjie go home – as everyone was,” he admitted. “And that exit is like one of the iconic moments, I believe, of Drag Race history.” (Did you spot any lies tho?)

While we’re at it, let’s watch her infamous exit one more time…

Hurricane Bianca 2: From Russia With Hate will be released on digital platforms worldwide on 18 May 2018.