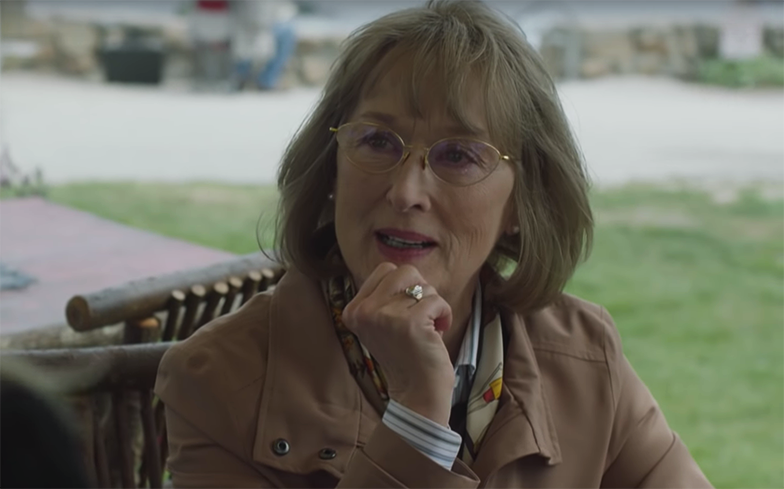 HBO have unveiled the first trailer for the second season of Big Little Lies.

She will play Mary Louise Wright, the mother of Alexander Skarsgard’s character Perry, who you’ll remember as the abusive – and now (spoiler!) deceased – husband of Celeste (Kidman).

The season will follow the “Monterey Five” (Kidman, Witherspoon, Woodley, Dern and Kravitz) who all have “scarlet letters” on their backs following the mysterious death of Perry.

Crystal Fox and Martin Donovan have also been cast as the parents of Kravitz’s character and Mo McRae will star as a second-grade teacher. Douglas Smith, Poorna Jagannathan and Denis O’Hare will also appear.

Big Little Lies will premiere 9 June on HBO – watch the trailer below.