Watch Marge Simpson and RuPaul sashay down the runway to Glamazon 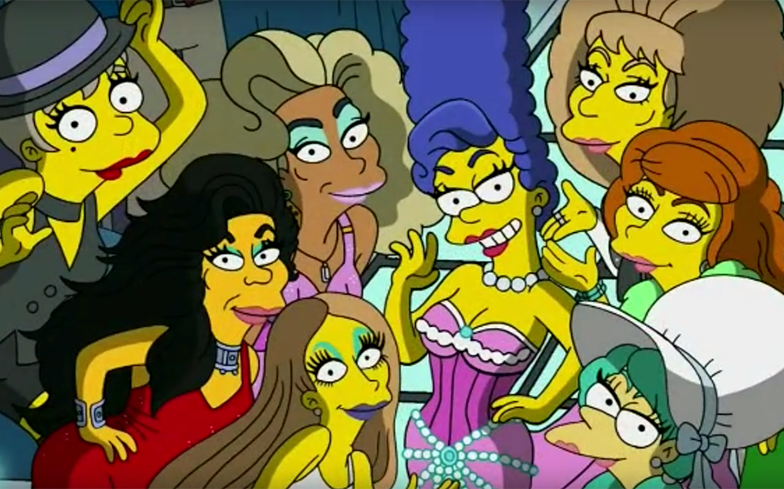 The iconic character embraced her inner drag mawma in the latest episode of The Simpsons (18 November), and sashayed, shantayed and panthered down the runway to the beat of RuPaul’s Glamazon.

The episode featured a guest appearance from Mama Ru as Queen Shante, who provided Marge and Homer with drag makeovers to sell more Tupperware, because apparently, drag queens are the biggest sellers of plastic containers…

Homer ditched his signature white T and blue jeans for a sickening black frock, and later performed the splits on the runway – in agony, we should add. Alyssa Edwards better watch out tbh.

Drag Race season three champion Raja also starred as herself, and wrote on Instagram: “Me on the @thesimpsons I am so honored. I’m not crying you’re crying…”

Are Marge and Homer ready for Drag Race season 11? All Stars 5 maybe? Watch Marge sissy that walk with RuPaul to Glamazon below.