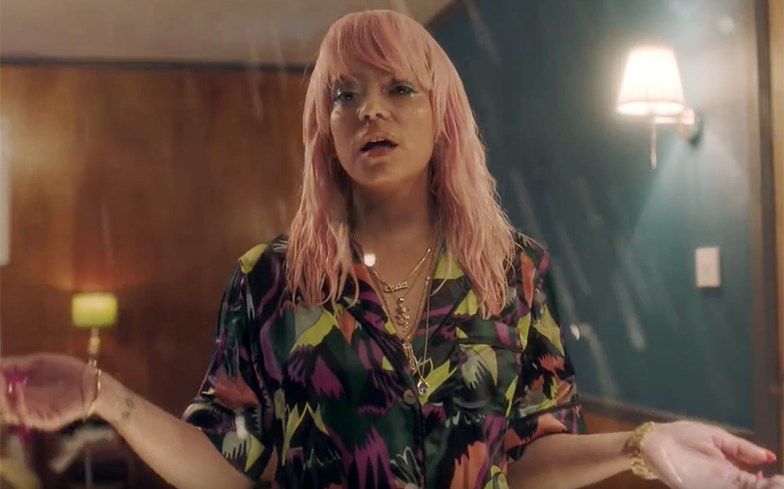 The British singer/songwriter’s new album is out tomorrow.

Lily Allen has dropped the video for Lost My Mind, the third single from her highly-anticipated fourth studio album, No Shame.

The honest, midtempo number sees Lily admit her turmoil over a failed relationship. And in the video, the Fuck You star comes into conflict with a male interest before scaling the walls of her bedroom, which is then soaked by an indoor monsoon.

We’ve all been there babe. Watch the video for Lost My Mind below:

No Shame is due for release tomorrow (8 June), and will feature singles such as Trigger Bang and Higher. Read our review here.

Lily’s last studio album – 2014’s Sheezus – debuted at the top of the UK albums chart, and spawned three top ten singles, including her huge number one cover of Keane’s Somewhere Only We Know.

Throughout her career, she’s had two UK number one albums, three UK number ones, and ten UK top ten singles. Not too shabby eh?