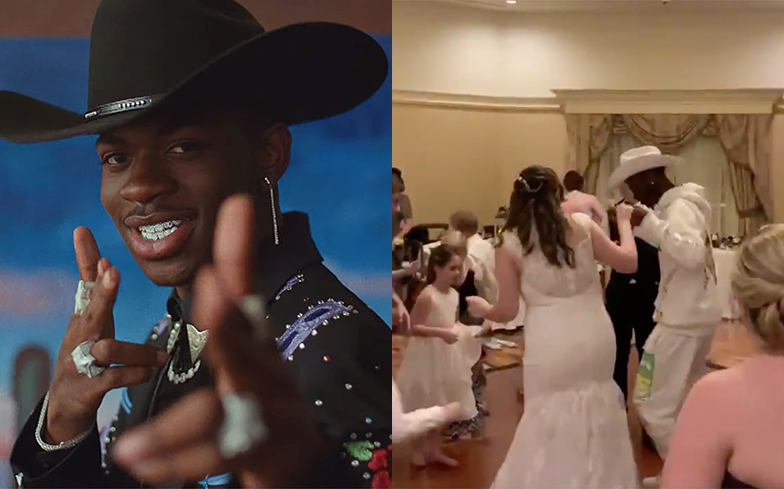 “WHAT THE F**K IS HAPPENING RIGHT NOW?”

Lil Nas X is continuing to spread joy and we – can’t stress this enough – love to see it.

Over the weekend, the record-breaking artist crashed a wedding and shared a video on social media, in which he can be seen entering a wedding reception with the bride as one attendee screams, “WHAT THE F**K IS HAPPENING RIGHT NOW?”

Lil Nas X then continues to dance with the bride, groom and guests to his chart-topping single, Old Town Road.

Understandably, the clip went viral on social media with over 500,000 likes – watch below.

The rapper and singer-songwriter is riding high off the 2020 Grammys, where he took home two awards, led a star-studded performance of the aforementioned country/rap bop, and was declared ‘best dressed’ by anyone with taste.

He picked up another honour last week when he won Outstanding New Artist at the NAACP Image Awards.

Back in August, Old Town Road became the longest-running number one in history on the Billboard Hot 100.

The remix is now available on iTunes and streaming services – watch below.