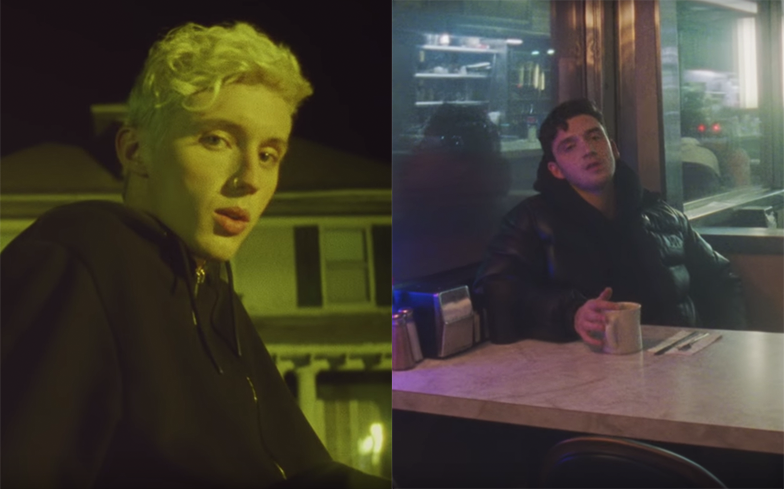 Lauv and Troye Sivan have premiered the video for their melancholy pop banger, I’m So Tired.

The three-minute clip (directed by DAD) sees the two singer-songwriters yearning for the attention of two different sets of couples.

Lauv serenades a love interest in a diner while Troye casually sings his part on top of a moving car, unbeknownst to the lovebirds in the vehicle. Perfect for Valentine’s Day eh?

Speaking of their collaboration, Troye explained that the track is “a heartbreak song about an inescapable person”.

“Lauv is such a great songwriter, and him and I were writing together for his project when the song came about,” he said. “We ended up creating an accidental duet, and I couldn’t be happier to be on the song.”

Describing the track as having a “heartbroken banger vibe”, Lauv added: “I’ve been a huge fan of Troye’s music and what he does for the world for years, so working with him was an absolute honour.”

Watch the video for I’m So Tired below.