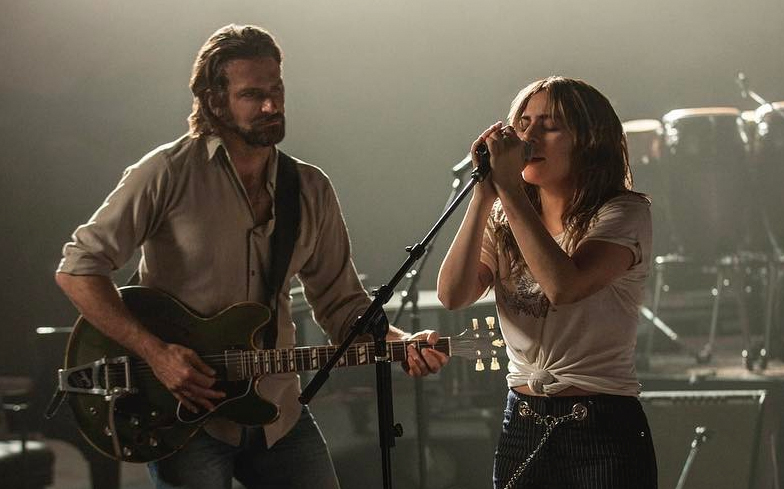 Turn the volume up…

As we all know, Lady Gaga will play an aspiring singer-songwriter in her first major movie role for A Star Is Born, and we have the first trailer below for you to watch now.

The singer will star alongside Bradley Cooper in the new film, who also serves as director for the project.

This first taster sees Cooper’s Jackson Maine – a popular country singer – struggle with alcohol addiction as his team pulls in to help him get through this turbulent period of his career.

However, Jackson comes across Gaga’s Ally when visiting a small bar where she is performing.

A love story quickly unfolds as Ally is plucked from obscurity and placed on the big stage.

“I am so excited to star in my first movie alongside someone I’m so lucky to call my friend,” Gaga has said previously.

“I always wanted to be an actress on the big screen. The story of ‘A Star is Born’ is so special and I’m so grateful to Bradley for making my dream come true. Can’t wait for you to meet Ally. She has her first scene in 5….”

What’s more, A Star Is Born sees Gaga take on a role previously made famous by musical icons Judy Garland and Barbra Streisand.

There will also be some other familiar faces in the movie too.

Earlier this year, Drag Race star Shangela revealed that she will be starring alongside Lady Gaga in the upcoming remake.

“I’m in drag, I’m kind of Lady Gaga’s drag mother, a bar owner. I can’t give much more away than that,” she said.

“But it’s gonna be really fun, it’s not a giant role but it’s a good role that’s memorable. I’ve heard from a lot of people on the team I’m going to be very happy.

“So between now and the end of the year, let’s hope nothing ends up on the cutting room floor. But I’m very, very excited.”

A Star Is Born is scheduled to be released in cinemas on 5 October, 2018.