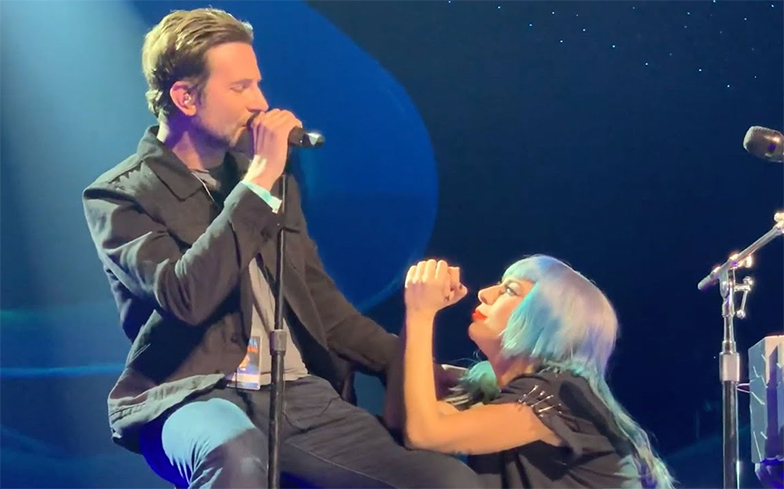 This performance is giving us all the emotions.

Despite the immense commercial and critical success of Bradley Cooper and Lady Gaga’s A Star Is Born, the duo have yet to perform the film’s number one single Shallow on stage together – until now.

During the Saturday night performance of her Enigma residency in Las Vegas, pop superstar Gaga made the announcement that Bradley was in the audience, and asked him to join her for a surprise encore performance.

Welcome to the Show, Bradley Cooper. Best part of Vegas? Anything can happen any night of the week. @parkmgm @ladygaga pic.twitter.com/ieEMhIa31c

Mimicking a scene in the film (but with the roles reversed), she said: “So a really good friend of mine, I don’t know if you know him, but his name is Bradley. He made that movie, umm, A Star Is Born.

“So I’m gonna be a little chance-y. Yo Bradley, you wanna come up and do this one?”

Of course he said yes, and ran up to join Gaga on stage for an emotional performance of Shallow that’ll have the hairs standing up on your neck. The chemistry is real between these two.

Shallow, taken from A Star Is Born’s smash hit original soundtrack, recently picked up the Best Original Song award at the Golden Globes.