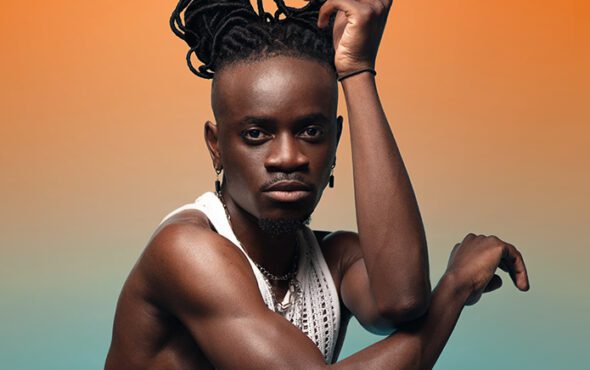 KWAYE takes us on an interstellar journey in his beautifully-crafted new music video.

The singer-songwriter has unveiled an animated visual for his latest single Kindness, which sees him travel the stars to distant worlds.

This animated version of KWAYE originates from the planet ZIM and is sent on a cosmic voyage to a blue world circling a yellow star in a bid to rebalance this distant galaxy.

The British-Zimbabwean artist unveiled Kindness as the third taster of his new musical era earlier this summer.

“Kindness has got many meanings,” KWAYE recently told GAY TIMES. “The overall idea is that simple thing that, I think in this day and age, we as human beings tend to stray away from… humans can be so quick to judge, but also be so quick to be sceptical of any kind gestures in public. I make a habit of if I’ve got something nice to say, I’ll say it to a perfect stranger.”

“I can find that cheesy and I do find myself going, ‘Wow Kwaye, are you really that person?!’” he added. “But I like to give compliments if that’s the honest way that I feel. Kindness [the song] is that.

“Also, in the time that we as the world have experienced over the past two years, I think we’re in need of high vibrations. We are in need of positivity, and Kindness is that too.

“It actually came from how I feel when I’m at festivals and I go into another way of being. You’re surrounded by people where the only objective in that environment for however many days you are there, is to be the best version of yourself and meet people that are trying to be the best versions of themselves and spreading love and joy.”

Kindness serves as the follow-up to KWAYE’s recent singles Run and Runaway. All three songs will feature on his forthcoming new project.

KWAYE was recently named our latest ELEVATE artist; a groundbreaking collaboration between GAY TIMES and Apple Music to support and platform LGBTQ+ artists as the break through into the mainstream.

To find out more about KWAYE’s new music project and what’s coming next, you can read his full story on GAY TIMES here.