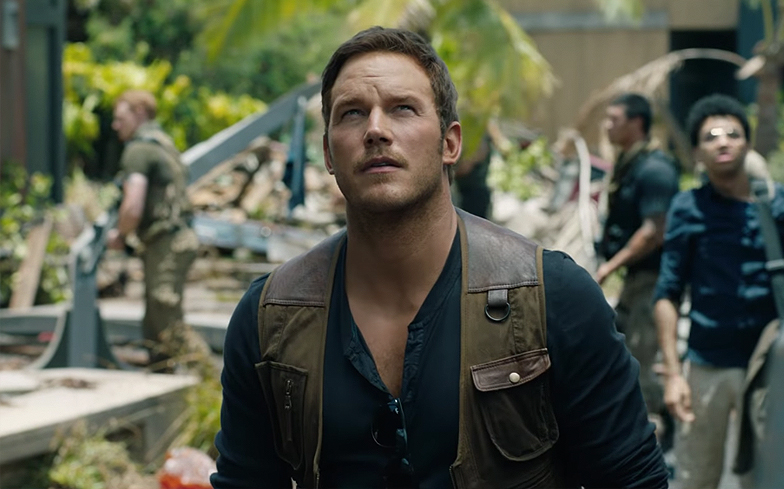 Hold on to your butts…

Just when you thought the Jurassic Park franchise couldn’t get any more intense, they’ve only gone and blown the whole darn park up.

In the first trailer for Jurassic World: Fallen Kingdom, Chris Pratt and Bryce Dallas Howard reprise their roles of Owen and Claire respectively, tasked with the mission of saving the dinosaurs from an island that’s about to go kaboom as a result of an erupting volcano.

The movie promises more of the prehistoric creatures than ever, with “new breeds more awe-inspiring and terrifying than ever before”.

As you can see in the trailer, the theme park has been completely deserted since the events of Jurassic World, but Owen and Claire couldn’t resist returning one last time.

Jeff Goldblum will return as Dr. Ian Malcolm, he first time in the role since 1997’s Jurassic Park: The Lost World. He was, of course, one of the main stars of the original Jurassic Park instalment back in 1993.

Jurassic World director Colin Trevorrow co-wrote the script with Derek Connolly, while J.A. Bayona is the director for the franchise’s fifth instalment.

Jurassic World: Fallen Kingdom will be in cinemas on 7 June, 2018.

Watch a behind-the-scenes featurette below: