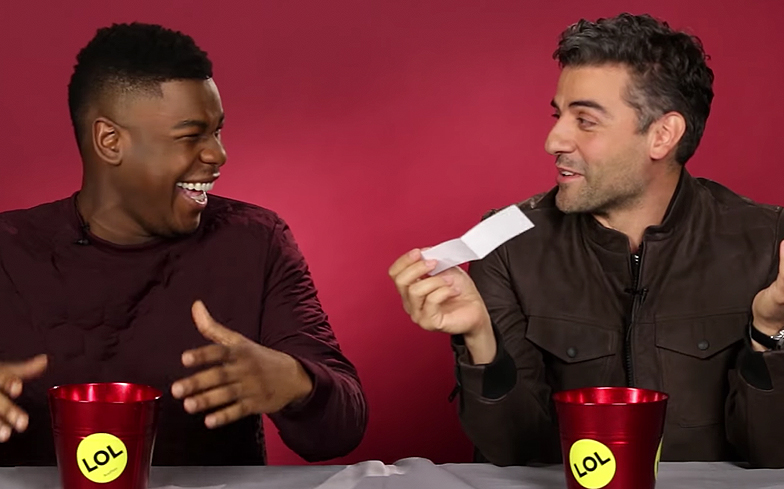 “Oscar Isaac is literally a five-course meal — my ass is sweating.”

For 40 years now, Star Wars fans have been passionate about the galaxy far, far away and all its heroes and villains, expressing their fandom in fanfic and cosplay across the globe.

But in the age of Twitter, some of that passion goes way beyond…

Star Wars: The Last Jedi stars John Boyega and Oscar Isaac sat down to go through just a handful of the thirsty tweets directed their way – and things get sleazy pretty fast.

“I want John Boyega to explore my guts,” one tweets reads, while another states: “Could John Boyega just destroy me?”

As for Oscar, he certainly has one of the highlights: “Oscar Isaac is literally a five-course meal — my ass is sweating.”

Oscar Isaac plays Poe in the franchise, and recently said that he’d be up for being a key part in some LGBTQ representation in a future Star Wars film.

“Not only LGBT, but Latinos. There’s representation out there.”

He added: “As to actually seeing how that manifests itself in Poe in this film, that isn’t necessarily going to be a clear story point. But as an actor, I’m very open to those storylines.”

John Boyega – who plays Finn in Star Wars – recently spoke about the possibility of a same-sex romance between the two characters too, as well as giving his reason as to why he thinks fans picked up on the chemistry between them.

“I think that Oscar is always looking at me with love in his eyes, and I guess that the fans saw it,” he said. “And then they realised that either he needs to chill or come out.”

Star Wars: The Last Jedi is in cinemas now.