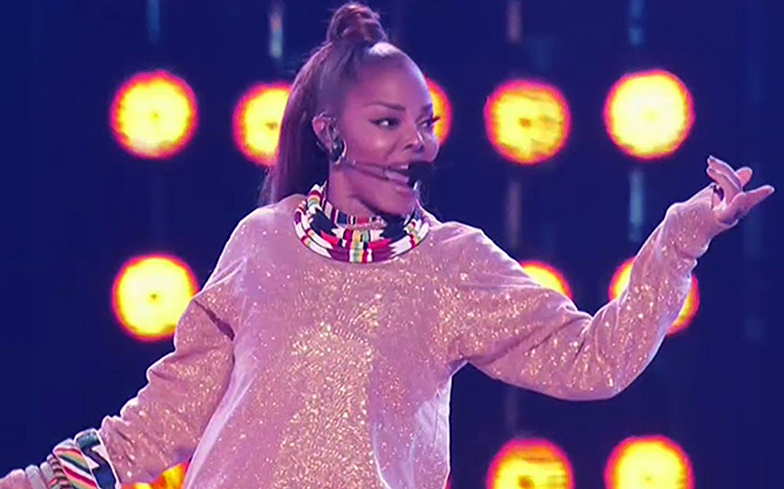 Janet Jackson was the indisputable queen of the Billboard Music Awards last night.

The 52-year-old pop music legend made her first TV performance in nine years (can you believe!?) at the annual awards ceremony last night, where she also picked up the prestigious Billboard Icon Award.

Janet kicked things off with a performance of iconic 1986 hit Nasty, from her album Control, before segueing into renditions of If and Throb, both taken from her number one self-titled fifth studio album Janet.

To say she slayed would be an understatement.

She was then presented with the Icon Award by Bruno Mars, making her the seventh ever person – and the first black woman – to receive the accolade. Previous honourees include Prince, Celine Dion, Cher and Jennifer Lopez.

“I’m deeply humbled and grateful for this award. I believe that for all our challenges, we live at a glorious moment in history. It’s a moment when, at long last, women have made it clear that we will no longer be controlled, manipulated or abused,” she said.

Watch her acceptance speech below.

After rocking the stage with her incredible performance, @JanetJackson accepts the 2018 #BBMAs Icon Award! #ICON_JANET pic.twitter.com/S7nDbrGJQI

Unsurprisingly, fans loved the performance and rushed to social media to share their love for Janet.

JANET JACKSON IS THE GREATEST FEMALE PERFORMER OF ALL TIME. IM NOT HERE TO ARGUE pic.twitter.com/hxu6hB575p

Empress @JanetJackson just schooled ALL of you misinformed kids who are claiming this artist and that artist is the 'female Michael Jackson'. She sits on THE throne. #BBMAs #ICON_JANET

Janet Jackson is the greatest female performer of all time. This is not an opinion.