Watch the first trailer for the all-female Ocean’s 8 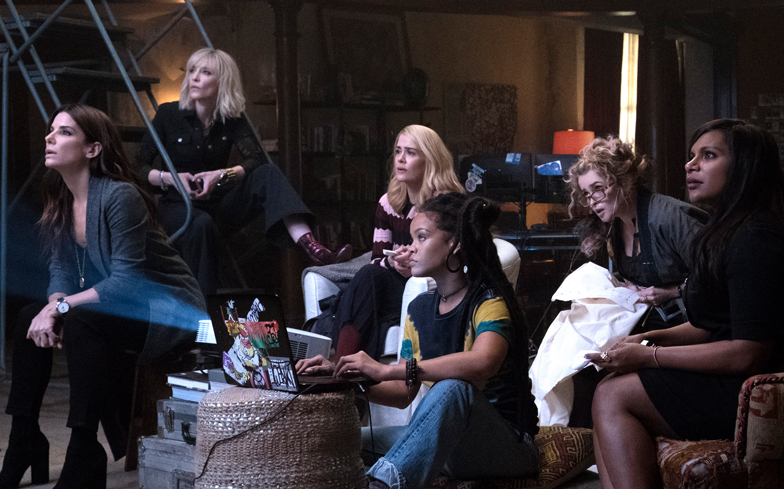 The trailer follows Sandra Bullock’s Miss. Ocean as she recruits seven fierce females to pull off the robbery of a lifetime.

The new film will see the eight women plan a heist in New York City, with Oscar-nominated filmmaker Gary Ross as director.

While in the Big Apple, the women target the Met Gala as part of the plan, with a rumoured cameo from Vogue’s Anna Wintour.

We don’t get to see that in the trailer, but it does reveal that James Corden will star in a minor role.

George Clooney, Brad Pitt and Matt Damon starred in the original Ocean’s trilogy, which consisted of Ocean’s Eleven, Ocean’s Twelve and Ocean’s Thirteen, between 2001 to 2007.