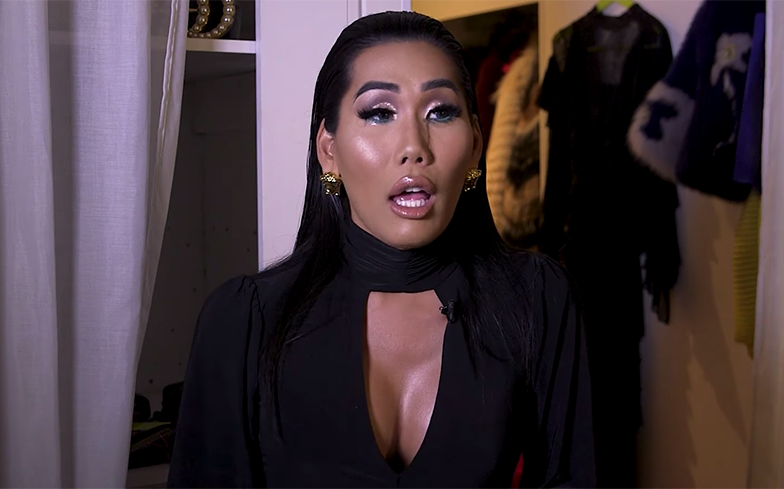 Gia Gunn has released an incredibly moving mini-documentary about her transition.

The Drag Race star wants to use her platform on the Emmy Award winning series to raise awareness and encouragement for the transgender community.

“I always felt really left out, I wanted to be like the girls, but I couldn’t,” Gia reveals of her childhood.

“I think at a young age, I didn’t understand that. How do you explain to your parents that you’re transgender at an age where you don’t even know what being transgender is?

“I learned that, in this life, we have one body. We have one life to live. You figure out who that is before it’s too late.”

In the video, from NowThis Her, Gia explains that her discovery of kabuki theatre – a Japanese art-form where men dress as both sexes – resonated with her on a “personal and deeper level”.

When she was 18-years-old, she attended her first drag show which featured a performance from a trans woman, and thought “this is me”.

After she participated on Drag Race’s acclaimed sixth season, Gia was rarely “living as a boy anymore” because of her various shows and performances which required her to be in drag, and it “damaged” her inside.

“I was suicidal and very depressed,” Gia admits. “There was a point where it got so bad. I said, ‘Unless you wanna die, unless you wanna not exist on Earth, you need to do something about this.”

Since January 2018, 24 trans individuals have been tragically murdered in the United States, and Gia wants to provide inspiration for those in the community because she didn’t have anyone to look up to when she was younger.

She also wants to raise awareness of ignorant comments made towards those in the trans community, particularly ones made about surgery.

“‘Well what have you had done? What are you going to get done?’ The infamous question, ‘Are you gonna cut it off?’ These are very dangerous and inappropriate questions, that people need to understand are not okay to ask people in general.

Last week, Gia made her Drag Race comeback on the show’s highly-anticipated fourth season of All Stars, but admits that she almost turned it down.

“I got the call to be on the show this summer, and I literally struggled really really hard with accepting the offer,” she says. “Being in the public eye, and also doing something like a transition is difficult.

“People are looking for answers, and people expect you to have all the answers, but I don’t. I’m still learning about being a woman, about the woman I am.

“But I know by simply being visible, by being me and being unapologetic about who I am as a person, that is helping other people have faith.”

Watch Gia’s mini-documentary about her transition and her desire to advocate for the community below.