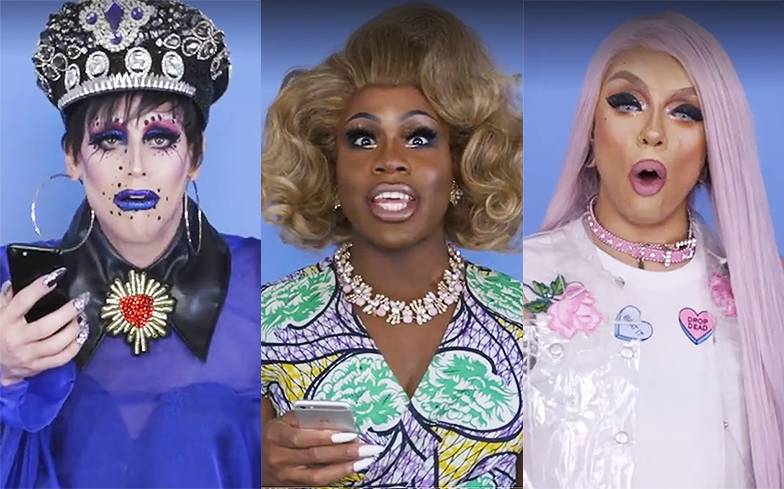 “Something is amiss with iPad.”

If you follow Cher on Twitter, then you know full well that she will tweet whatever she wants (and to who she wants) because she’s simply doesn’t give a flying fuck – and that’s exactly why we adore her.

Some of her tweets – especially her scathing takedowns of Donald Trump – have reached iconic status. We even compiled a list of the best ones, which include crackers such as: “Donald Trump can’t come up with a hairstyle that looks human, how can he come up with a plan to defeat ISIS.”

Because they’re such massive fans, NYLON Magazine have recruited legendary queens from RuPaul’s Drag Race, such as Peppermint, Aja and Monet X Change, to read some of her tweets on camera. Watch below:


Earlier this month, the queens of Drag Race season 10 paid tribute to the Emmy, Golden Globe and Oscar winning entertainter in ‘Cher: The Unauthorized Rusical’.

Each contestant played different versions of the legendary diva throughout her career.

Related: Drag Race: Here’s when you can watch the rest of season 10.