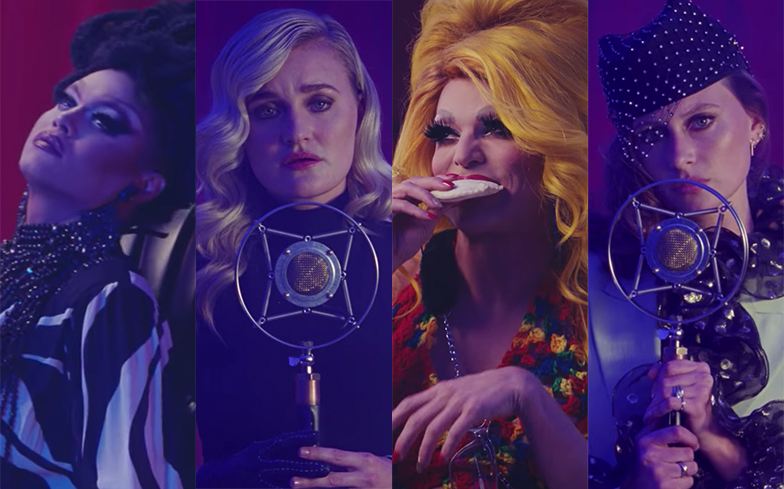 The Drag Race stars, as well as Jeffrey Bowyer-Chapman (Unreal) and Brett Dier (Jane the Virgin), joined the American pop duo for the song’s masquerade themed clip, which is taken from their second EP, Sanctuary.

The EP – which includes massive pop anthems such as Church and Don’t Go Changing – received universal acclaim from critics upon release. If you haven’t listened to it, stream it here on Spotify. Trust us, it’s pop perfection.

Watch the video for Star Maps below.

Sanctuary follows their debut EP, Ten Years, which was their first new material as Aly & AJ since 2007.

When we spoke to the duo last year, they told us why it was the right time for them to return to the music industry.

“It just felt right,” they explained. “It took us a really long time to figure out what we wanted, and finally, it was an effortless thought. It was like, ‘Why are we not coming back as Aly and AJ?’

“We’re committed to our work, we have a fanbase that has been with us over the past ten years, why not embrace that? We finally realised Aly and AJ is who we are, it’s our roots, and our fans have grown with us over the years, it just made sense.”

They also revealed that their music has helped queer fans come out of the closet.

“A large amount of our gay fans have actually come up to us and said, ‘Your music helped me come out’ or ‘I realised that my sexual preference is different from what my parents expected or wanted,'” said AJ.

“They’ve even said, ‘I feel really empowered by your music and it brought me to that place where I felt it was okay to come out’. That to me is the coolest thing to hear.

“It’s amazing that our music has helped fans realise exactly who they are and what they want in life.”