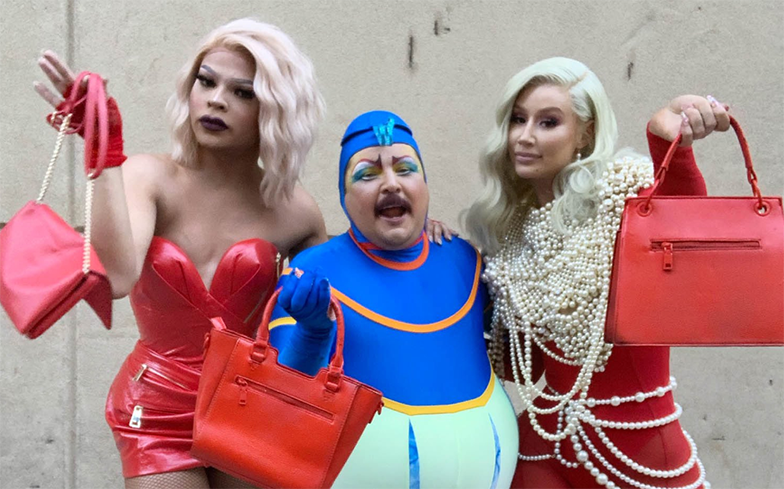 The Drag Race legend opened the show with a sickening dance routine in a red frock (her signature colour) and a handbag, before the Australian rapper sashayed onto the stage to perform the track.

Vanjie appeared in the music video for the banger, alongside Drag Race favourites Mayhem Miller and Shea Couleé, and makeup artist James Charles, so it came as no surprise that Iggy brought the icon on stage.

The Black Widow star has made no secret of her love for both drag queens and RuPaul’s Drag Race, tweeting back in January: “I have so much respect & love for drag queens. They make me feel like such a boring bitch.

She also paid tribute to RuPaul in the lyrics for Sally Walker, where she raps: “Matter fact, I’m not gon’ go back and forth / With you bitches like Duval and Snoop Dogg / These bitches front like a new bra / Don’t get your ass dragged like RuPaul.”

Watch the sickening performance of Sally Walker below.

Vanjie originally appeared on the 10th season of RuPaul’s Drag Race and left in last place, but became a viral sensation with her exit. She subsequently returned for the follow-up season, which airs Thursdays on VH1.