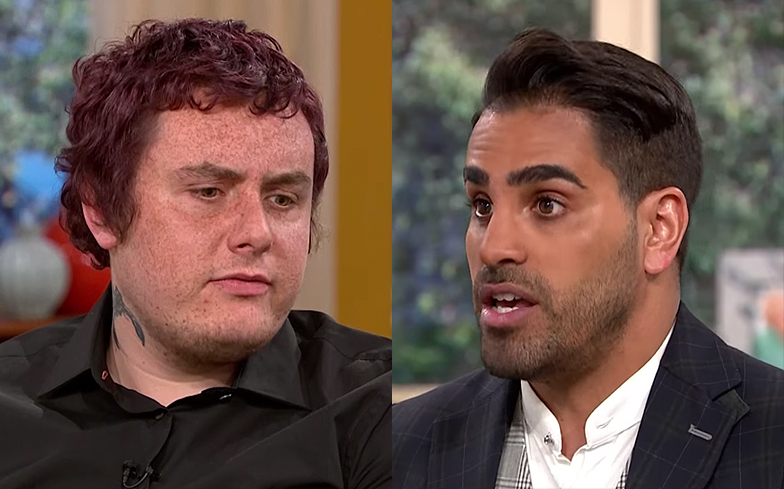 Earlier this week, Scott Purdy made international news when he made the outlandish claim that he turned gay after a course of Pregabalin.

The 23-year-old said he was straight and was in a six-month relationship with his girlfriend before he suffered a broken foot during a go-karting accident.

The doctor prescribed him Pregabalin, which is produced by pharmaceutical company Pfizer as Lyrica, to dull the pain during his recovery.

However, Purdy then alleges that while he was taking the medication, he started to realise an attraction towards the same sex.

“When I was 16 or 17 I was a little curious, and there was a lad who I knew who was gay, and I started kissing him and that, but I turned around and said ‘Nah, this ain’t for me,’” he told Philip Schofield and Holly Willoughby on This Morning.

But when Purdy broke his foot back in 2012 and started taking Lyrica, he claims he felt his sexuality change within “four or five days”.

“All I craved and wanted was male attention. I thought it was a bit weird, so I stopped all medication. Everything,” he said.

“As soon as that happened and I stopped taking it, my attraction to my (now) ex-girlfriend went back up. I was more intimate with her, cuddly with her – everything was normal.”

Purdy has continued taking the medication as he is worried that if he stops his heterosexual urges will return, and he wants to remain living his life as a gay man.

“I’m really happy now I’m on it. I know now – the fear is that I stop taking it and I go back to how I was. But I wouldn’t wanna do that,” he said.

Luckily, Dr. Ranj Singh was on hand to explain to Scott Purdy that it isn’t taking Lyrica that makes him gay.

“It could be that calming everything else down has allowed you to see a bit more clearly, rather than actually changing your sexuality.

“Your sexuality’s probably a bit more complex than you think.”

While Dr. Ranj explained that taking Lyrica can give people “a heightened sexual desire,” it would alter someone’s sexual orientation.

“What it probably does is allow you to be able to express what was already there, I think,” Dr. Ranj said. “That’s my professional opinion.

“I know I haven’t lived your experience, but my professional opinion would be that all it has done is allow you to be your true self.”