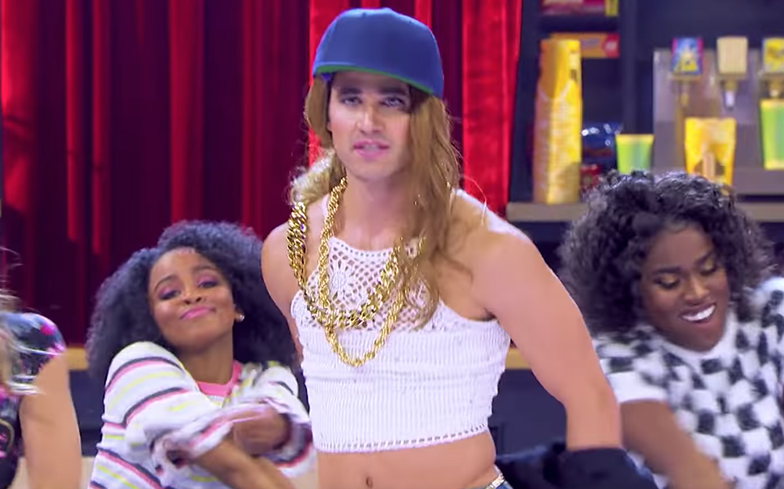 Darren Criss can break our heart any day.

Lip Sync Battle has delivered some of the best pop culture moments of recent years, like Beyoncé making a surprise appearance alongside Channing Tatum, and Tom Holland leaving us gagged with his performance of Rihanna’s Umbrella.

This week, the popular American competition is paying tribute to the legendary Mariah Carey, as frequent collaborator Jermaine Dupri and American Crime Story star Darren Criss gave their best interpretations of her music.

For his performance, Darren chose to channel Rainbow-era Mariah, lip syncing to her number one hit Heartbreaker. He even wore a costume to match with a wig, a crop top and a pair of pink high heels.

Elsewhere in the episode, Mariah herself is expected to make an appearance after teasing a typically glamorous entrance on her social media.

Watch a clip of Darren’s performance below.

The American actor is best known for portraying gay high school student Blaine Anderson in Glee, and for his role as Andrew Cunanan in American Crime Story: The Assassination of Gianni Versace.

For the latter, he won his first ever Emmy Award for Outstanding Lead Actor in a Limited Series or Movie.

Despite his success, and acclaim from critics, he’s come to the conclusion that he won’t play queer roles in the future, saying: “I want to make sure I won’t be another straight boy taking a gay man’s role.”

Darren said it’s been “a real joy” playing the aforementioned characters – including Hedwig in the Broadway musical of the same name – but said he now doesn’t feel comfortable playing them as the roles should go to gay actors.