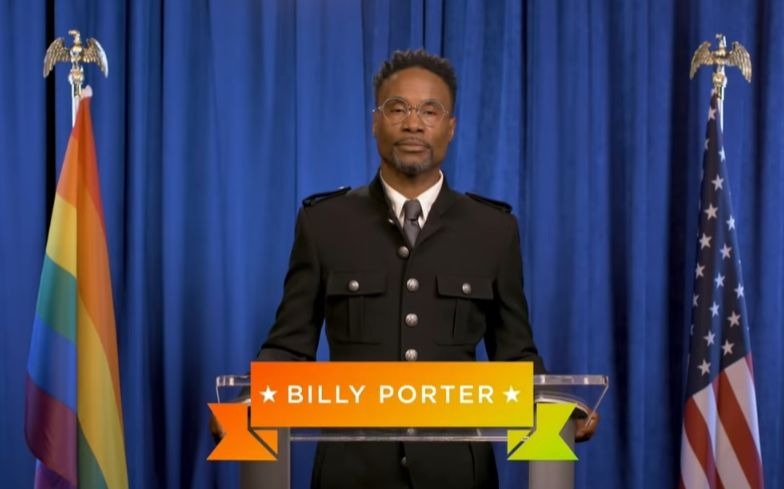 Billy Porter gave an impassioned speech offering a “glimpse of hope and healing” for the LGBTQ+ community.

The award-winning actor announced it was his “privilege” to deliver the LGBTQ+ State of the Union for Logo TV for his third time.

Acknowledging the difficulties the LGBTQ+ community has faced in the last year, Porter remains confident “our union remains strong” and hopes we, together, can “march towards greatness and inclusivity”.

While the pandemic has upended our lives, Porter reflects on the thousands of lives and “vulnerable communities” that were impacted by the virus, including “low-income communities, people of colour and LGBTQ+ family”.

The Pose star made no attempt of revealing the tragic impact COVID-19 has had on the community.

LGBTQ+ homes were twice as likely to be unable to access healthcare or faced delays seeking care.

As the speech continued, Porter used his platform to address the hate being directed towards the American trans community, particularly Black trans people.

Citing data from the HRC (Human Rights Campaign), the star read out grim figures which highlighted the on-going difficulties to protect the trans community.

43 trans or gender-nonconforming Americans were murdered in 2020 with the vast majority of which were Black.

2020 was marked the most deadly year for the trans community since the HRC began tracking trans violence in 2013.

Porter called the “surge of violence” an “unacceptable” and “atrocious” outcome that the trans community were having to face.

Solidarity with the trans community is vital and Porter made sure to highlight the rallying support being offered.

Last year, in June, more than 15,000 New Yorkers marched in honour of Black trans lives during the Brooklyn Liberation March.

“Our community can accomplish great things when we band together,” the actor powerfully added. “We lift up our own and find strength in the collective fight to live happily in peace as our authentic fabulous selves.” 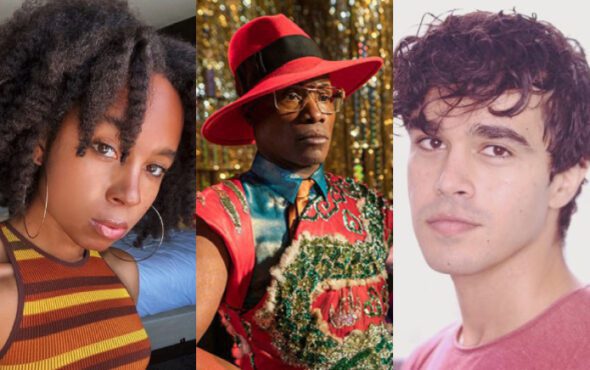 Eva Reign and Abubakr Ali cast as leads in new Billy Porter film What If?

Continuing, Ported noted that we must “do better” to protect the trans community and trans lives.

As new legislation is being ushered in and existing laws are being diversified, LGBTQ+ Americans can hope for growing change.

Even with the Civil Rights Act being amended to disallowed the firing of LGBTQ+ workers, discrimination continues to make way due to a lack of legal protections.

“Friend, we must not take our hard-won rights for granted,” Ported shared and petitioned for “real, tangible change”.

Powering ahead, the actor honoured and mentioned the “unprecedented number” of LGBTQ+ elected officials in government including Sarah McBride, the first trans state senator in US history, Mondaire Jones and Ritchie Torres; the first gay Black members of congress.

Porter closed out his LGBTQ+ State of the Union speech calling for us all to better ourselves and “our communities and our nation” while asking for viewers to “be safe, be good to each other and remember, we will feel joy again soon”.

You can watch Porter’s State of the Union speech here or below: