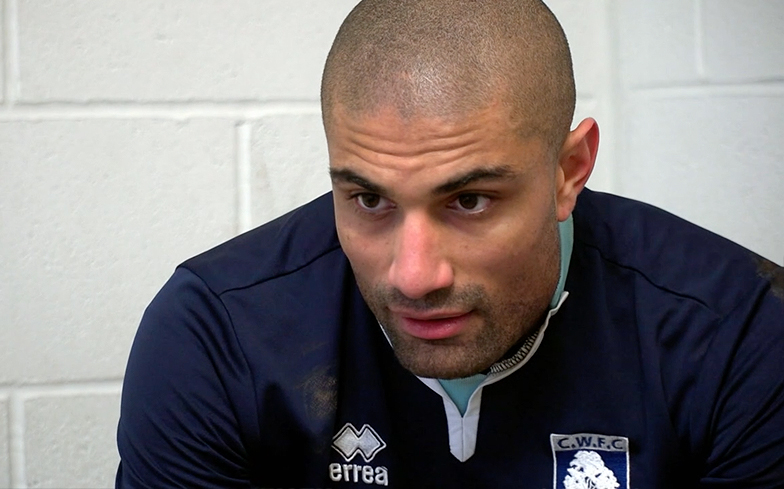 The emotional scenes aired on The One Show earlier this week.

BBC presenter Richie Anderson decided to come out as gay to his Sunday league football teammates during a feature exploring homophobia in the sport.

The team knew Richie was filming a piece for the daily BBC One programme, but it wasn’t until he sat them down in the locker room after the match that they discovered he was looking into the issues around being gay in grassroots football.

“One of the big issues we’ve looked at this week, erm, it’s really close to my heart, is homophobia in football,” Richie started.

“The reason why that means a lot to me is – I’m a gay footballer. So I just wanted to be open and honest with you lot. It’s just been class.

“This is really hard for me to do, like…” he continued, before his teammates all began to give him a round of applause for his coming out.

Footballer @richie_anderson has never come across an ‘out’ player at #SundayLeague level. He now believes it's time for himself to tell the rest of his teammates at Coombs Wood F.C. that he’s gay. #Football pic.twitter.com/2xQ3svN1hO

Every single member of the team were immediately supportive of Richie and gave him hugs and handshakes.

“So relieved,” Richie said afterwards. “So, so relieved. I can’t even tell you.

“I expected it as they’re a good bunch of lads. It probably helped that I scored as well, but I’m so relieved.”

Richie added: “The main thing is, I hope there’s people watching this that are in the same boat I was in, and they’re thinking, ‘You know what? I can do that as well.'”

Elswehere in the segment, Richie met Paul Elliott from the FA’s Inclusion Advisory Board to discuss the steps that are being taken to tackle homophobia in the sport, as well as a gay manager who manages ‘straight’ teams.

Meanwhile, David Haigh recently revealed that he has spoken to at least 20 professional footballers players who have major concerns about coming out.

The former Leeds United boss – who is openly gay – believes that if they team up together to come out as a group, fans would accept them.

Haigh explained that during his time in the sport, a number of gay football players from the Premiership and Championship confided in him for advice.

It came after semi-pro footballer Liam Davis became the first openly gay player to walk onto the pitch at the new Wembley Stadium, when he played for his club Cleethorpeks Town in the FA Vase final.

What’s more, FA boss Greg Clarke claimed that we’re still ‘decades away‘ from a professional footballer in the Premier League coming out as gay.