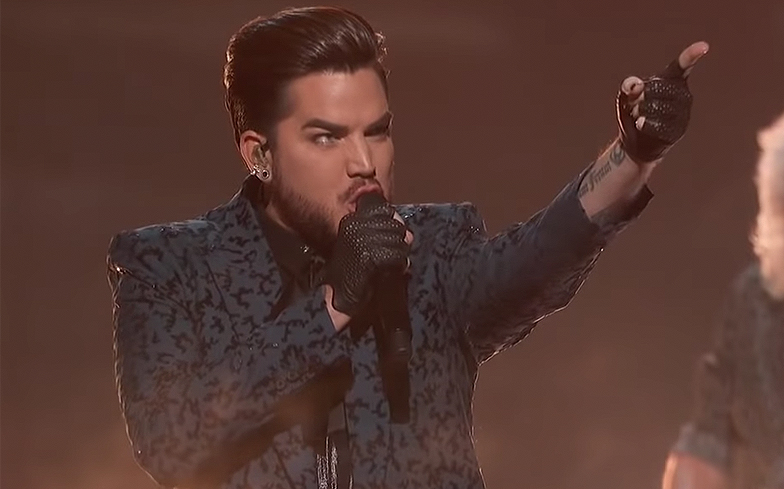 This year’s Academy Awards ceremony received an electrifying start when Adam Lambert and Queen stepped out on stage.

The American star – who has been touring as frontman of the British band in recent years – performed a medley of classic hits, including We Will Rock You and We Are The Champions.

Lady Gaga, Emma Roberts, Glenn Close, and Jennifer Lopez could all be seen singing and dancing along to the performance, which kicked started proceedings in spectacular style.

Queen were invited to open this year’s Academy Awards after their recent biopic, Bohemian Rhapsody, was nominated in the Best Picture category, among others.

Rami Malek – who portrayed Freddie Mercury in the film – also gave Adam and Queen a huge round of applause.

Queen kicked off a strong evening at the Academy Awards for queer stories.

Rami walked home with a Best Actor statuette for his portrayal of Freddie Mercury, while Olivia Colman won Best Actress for her role as Queen Anne in The Favourite.

Green Book won best picture, however, overcoming competition from frontrunners such as Bohemian Rhapsody, Roma, The Favourite, and A Star Is Born.

Lady Gaga walked away with her very first Oscar, scooping the prize for Original Song for her A Star Is Born anthem Shallow.

Meanwhile, last week Adam Lambert released new track Feel Something from his comeback album as a “gift” to his fans.

It was accompanied by a heartfelt letter in which he opened up about his mental health struggles, saying that with some professional help he “pulled [himself] out of the darkness”.