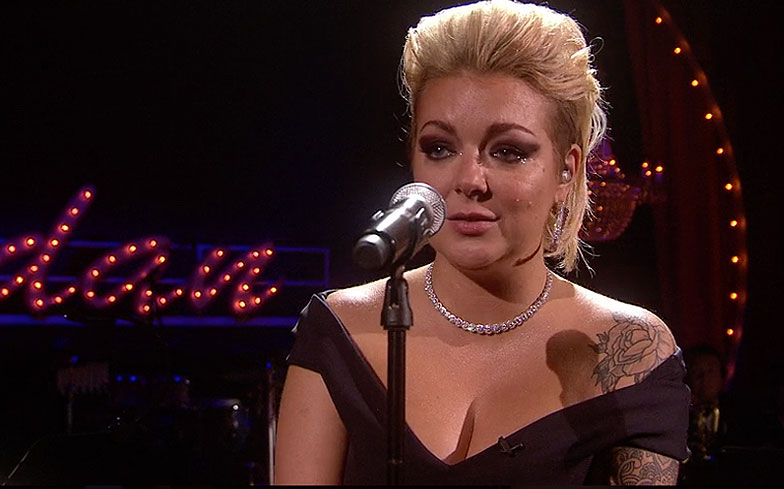 The stage and screen sensation performed the song during a recorded one-off special on ITV.

With a live studio audience, the British actress marked the release of her debut solo album – perfectly titled Sheridan. It features hit songs including City of Stars from La La Land, Superstar, My Man and For Forever from Broadway smash Dear Evan Hansen – among many others.

There’s also her now somewhat signature song Anyone Who Had A Heart – a Cilla Black classic.

However, it was the live performance of And I Am Telling You (I’m Not Going) from musical Dreamgirls that stunned both viewers and live audience. It is, sensational!

Highly emotional and continually fighting tears on the sentiment that you should never give up on yourself or your dreams, the performance is a wonderful example, once again, of Sheridan’s overflowing love for what she does.

The ITV special also included a discussion about her rise to international success, hosted by Alexander Armstrong.

Sheridan will be hitting the road next year. The solo tour, which features dates across the country, will feature a rather special date at London’s iconic Royal Albert Hall – an event that’s sure to be a career highlight for the former Funny Girl leading lady.

Tour dates can be found here.

You can watch Sheridan’s remarkable performance of And I Am Telling You (I’m Not Going) below.

You can watch Sheridan on ITV Player here