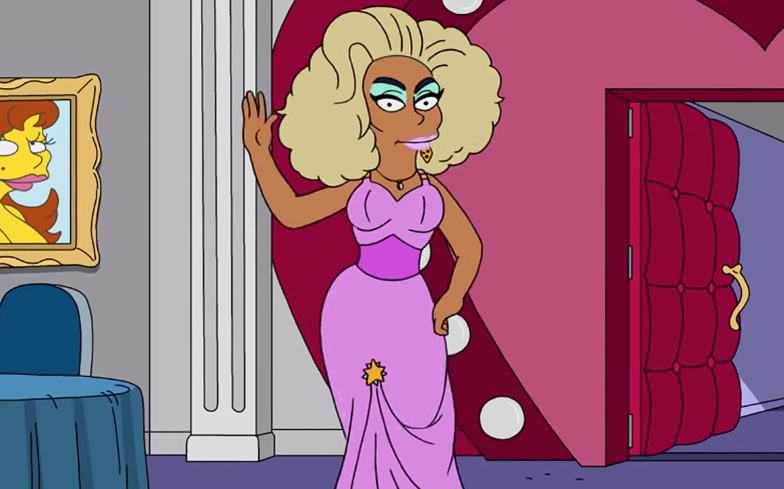 Valentina better watch out because Homer is coming for that All Stars 4 crown HEEEEEEENNY.

Homer Simpson is set to receive a faaabulous drag makeover by RuPaul in an upcoming episode of The Simpsons.

The episode – which will air 18 November – will see Marge embarking on a career as a plastic container-selling drag queen, with a special guest appearance from Mama Ru herself.

RuPaul will play a queen called Queen Shante, who gives Marge and Homer drag makeovers to tell more Tupperware, because apparently, drag queens are the biggest sellers of plastic containers. Who knew eh?

Jean continued: “So Marge starts selling Tupperware, and her friend Julio convinces her to pose as a drag queen to make more money.

“They think she’s a guy playing a woman, which Marge kind of looks like a little. She’s really successful and then RuPaul is playing a character like himself.”

Watch a teaser of the episode below.

Drag Race champion Raja is also set to appear in the episode, and will reportedly play Homer’s drag mother.

She wrote on Instagram: “The best part is… I play myself in a scene with Homer. I’ll never forget crying my eyes out, as rain came pouring down on the sidewalk outside the recording studio. Tears of joy.

“The Simpsons was a huge part of my childhood, being asked to be on an episode was surreal and mind blowing, to say the least.”

Watch Homer and Marge receive a drag makeover from RuPaul and Raja on 18 November.