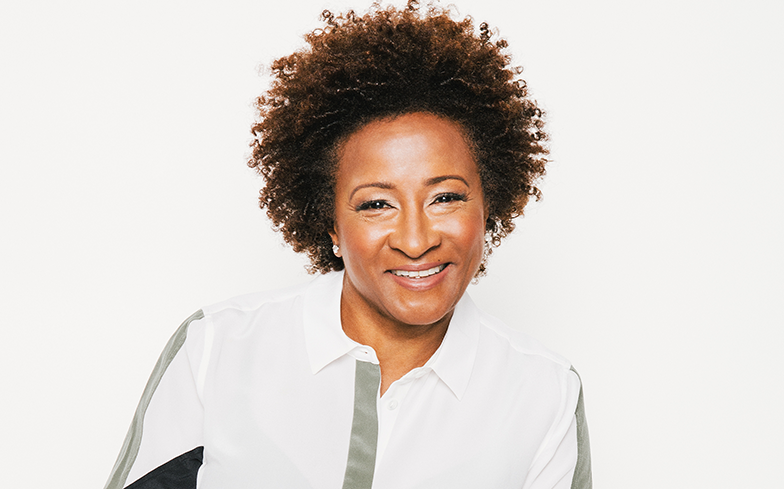 Wanda Sykes on her upcoming one-woman show, Drag Race and a Monster-in-Law sequel.

In January, American comedian Wanda Sykes will make her London debut at Union Chapel, where she plans to talk about her family, her wife Alex Niedbalski and how “screwed up” America is right now in this current climate.

“I know they say you’re not supposed to go to another country and badmouth your country, but it’s pretty transparent as far as what’s going on over here,” Wanda tells us. “I don’t think it’s a secret. I won’t be saying anything you guys aren’t already seeing.”

In celebration of her first headline show in London, we caught up with the Emmy Award winning performer and discussed why she prefers to incorporate politics into her shows, her upcoming appearance on RuPaul’s Drag Race and a potential Monster-in-Law sequel…

Are you excited for your London debut?
I am! I’m very excited. Also a little bit nervous too, but I’m sure it’s going to be great.

What’s your favourite part about London?
Wow. The first time I was there was my George Michael concert, so it’s going to be hard to top that. It was Earl’s Court and it was the first time meeting my now sister-in-law, and her husband. I went over with Alex, and it was our first real trip together. It was a little fantastic, but I love the city. I love to walk, and I love to see all the history, I love all the pubs – we did a lot of that!

Is there any British slang you don’t understand properly?
[Laughs] Some of it, yeah. Sometimes I’m like, ‘I didn’t catch any of that.’ That usually happens in the pubs. Maybe it’s the beer, maybe it’s because I’m drunk, they’re drunk, I’m not sure. I miss a lot here. There were a few times and I was like, ‘These people don’t sound anything like Downton Abbey.’

What can we expect from your London show?
I’m gonna talk! I’m gonna talk about my family, Alex, and of course I’m going to tell you how screwed up we are here in America right now, so there will be quite a bit of that. Although, we had a glimmer of hope with our midterm election, but I’m still going to be fired up with this craziness that we have going on here, and our racial problems. I know they say you’re not supposed to go to another country and badmouth your country… but it’s pretty transparent as far as what’s going on over here. I don’t think it’s a secret. I won’t be saying anything you guys aren’t already seeing.

Do you think it’s important for comedians to incorporate politics in their stand up routines?
For me, that’s the style I enjoy. I love talking about things, especially things that concern me. The politics totally affect me, as far as a breast cancer survivor, I need healthcare. As far as being a lesbian, I need gay rights. As a woman, I need woman’s rights. As an African American, there’s racial issues. I check a lot of boxes, you know?

In our current climate, it feels like comedians are the best political commentators, do you agree?
I do. Instead of saying, ‘Hey, this is screwed up,’ I do offer some type of solution. As ridiculous as it might be. People wanna laugh, they want someone to tell them, ‘We feel the same way, and let’s hang in there, we’re gonna get through this, and let’s get a good laugh at how ridiculous it is right now.’

Has being an openly gay woman of colour ever affected you negatively in the business?
I don’t think it has. If it has, they didn’t tell me that was a problem. Who knows? I do know that being out and talking about it does help me, as far as being a comedian. I have no filter when I’m on stage now. I’m open and not holding anything back, so it’s helped me as a comic.

So, was there ever a time in you career where you thought, ‘Maybe I shouldn’t talk about this on stage…’
Yeah, that’s when I wasn’t comfortable with myself. When you’re not, you hold back because you’re afraid that people will turn on you, or ‘Oh, they don’t like me anymore, I shouldn’t talk about this.’ And then you get to a point when you’re like, ‘Screw it. This is who I am and I’m happy, and if you don’t like me, it’s your problem.’

Do you think it’s important for people with platforms to be open about their sexuality to inspire LGBTQ youth?
Yes. Absolutely. I know when Ellen came out, it was hard, people turned on her. And look at her now… She definitely inspired me. She was an inspiration, so I look at, for the young kids who are out there struggling, they’ll see, ‘Oh you know what? You can have a life, you can have a relationship, get married, have kids, and enjoy everything that the world offers.’ So I think it is helpful, especially to the youth.

What advice would you give to young LGBTQ people who are facing challenges you also faced?
Fortunately, I was in a position where I was an adult, and financially I could take care of myself. I was independent. But for kids who are getting kicked out of their home, it’s really sad. If you don’t have a community of people who love you and support you, if you’re in a small town, whatever it is, you have to make your way to a city that has the support you need. At home, I avoided heated arguments with my parents, so a lot of times there was quiet, but I was confident in who I was, and continued to be respectful to them, but also just lived my life. Once they saw that, ‘Oh, this is who she is and she’s not gonna change,’ it’s on them to make a decision of, ‘Do I still want to be involved in her life? How much do I love her?’ So they have to make that choice.

You’ve got a film coming up called Friendsgiving, where you play a “fairy gay mother”, alongside Margaret Cho and Fortune Feimster, can you tell me a bit about the film?
It takes place over a thanksgiving holiday, and the three of us are the “fairy gay mothers” and appear in a dream sequence. It’s really funny, and we had such a good time shooting that. I love both of those ladies, so it was a fun day, and we looked ridiculous. Fabulous and ridiculous. I shot it in January and I’m still finding glitter in places…

You recently appeared in Hurricane Bianca 2. What was it like working with Bianca Del Rio?
I love Bianca. I’ve known Bianca for seven years. I first met her out at Fire Island in Cherry Grove, and we became quick friends. So when she asked me to do this film, I was like, ‘Sure, absolutely.’

Can we ever expect an appearance from Wanda Sykes on RuPaul’s Drag Race?
I did an episode. I don’t know if I can tell you which season, they’re so secretive. It hasn’t aired yet, so it’s coming up! I love Ru and I’ve been wanting to do this show forever, but the dates just never worked out. And it finally worked out! It was so cool watching Ru work and being a part of the show. Ru is everything. To me, it was like being a basketball player watching Michael Jordan.

My final question: will there ever be a Monster-in-Law 2?
Jane [Fonda] and I keep talking about that. Last time I talked to her, she said she had an idea. So, we’ll see. I’d love to do it!