Voltron: Legendary Defender producers confirm that one of the show’s main characters is LGBTQ 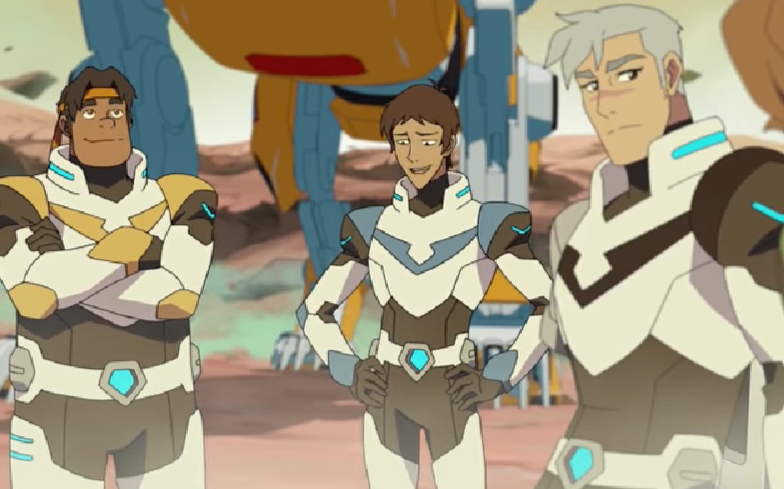 The news was confirmed on Twitter and to a panel at San Diego Comic Con.

Voltron: Legendary Defender is set to feature an LGBTQ romance for the first time as it heads into its seventh season. When the series premiered back in 2016 it was a reboot of the Voltron franchise and the anime Beast King GoLion.

On a panel at San Diego Comic Con, Lauren Montgomery, the show’s co-executive producer confirmed that one of the show’s main characters, Takashi “Shiro” Shirogane had a male significant other.

The news was then repeated on the show’s official Twitter handle.

.@ArtOfLaurenM says you will meet Adam, Shiro's significant other in season 7! #Voltron #SDCC2018

Den of Geek report that Lauren said that Shiro and Adam had a “beautiful relationship that lasted for years” with executive producer Joaquim Dos Santos adding that the couple were the “coolest guys in the garrison.”

It’s not yet known whether Adam will appear in the main series or just in flashbacks, nor is it known if Shiro will get another male love interest as the series progresses. However, commenting on the scene between Shiro and Adam that they watched Den of Geek promised that it would “punch you right in the feels.”

After the news broke, Shiro became one of the top trends on Twitter with fans praising the reveal.

The Garrison Star Pilot, The Champion, The Black Paladin… All super over-masculinized tropes that could apply to straight guys but Shiro is QUEER. I'm so happy that he's Queer, disabled, japanese and FUCKING POWERFUL.

can u imagine a little boy just like watching voltron, and he's excited to see his favorite character shiro. and then he sees an episode flashback to shiro, with a… boyfriend? and like. it clicks for him. he slowly realizes that boys can like boys and it's not weird or anything

Writing on Twitter, Josh Keaton, who voices Shiro in the show said: “I wanted to hang back this morning and let #Shiro’s moment be its own.

“That being said, I’m overwhelmed by the amazingly positive response, and both honored and proud to be a part of something so important. #Voltron”

Sadly however, we won’t get to enjoy this bit of LGBTQ representation for long as the show will be ending after its eighth season, which is expected to air later this year.

Season 7 of Voltron: Legendary Defender will begin airing on Netflix from August 10, 2018.