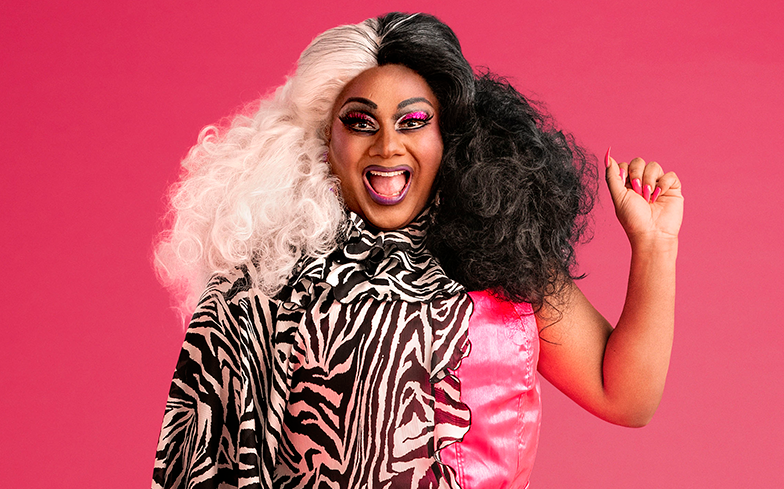 “My drag is very working class, a diva wearing a sequin dress with rollers in her hair.”

According to Vinegar Strokes, she’s the most relatable queen on RuPaul’s Drag Race UK.

In our exclusive interview and photoshoot with the contestants of the British spin-off, the actress and vocalist described herself as a mixture between Sandra Martin from Gogglebox and a character from Eastenders.

“My drag is very working class, a diva wearing a sequin dress with rollers in her hair while smoking a fag,” she joked.

“I want to show people who aren’t privileged, who come from a place where it’s not easy to get ahead. I’ve had to go through the backdoor many times and I represent someone who is still going through it.”

Vinegar said that she’s not the most impressive queen when it comes to the runway, but admitted: “I’m probably one of the most genuine and relatable contestants on the show.”

While sickening outfits and mugs beat for the gods might be a priority for other queens, Vinegar believes that raw talent and passion are the most important qualities in a performer.

“I’d much rather see someone sweating their tits off in an ASOS dress, giving amazing vocals, amazing comedy, as opposed to watching someone kind of have a wank on stage,” she explained.

But don’t expect to see Vinegar attempt a Silky Nutmeg Ganache-esque splat on the floor anytime soon. “I’m a camp comedy queen, I’m not death-dropping for no one, no no.”

Vinegar also promised “iconic” moments for fans on Drag Race UK – especially the lip-syncs – and said audiences will be educated on British drag and what British queens represent.