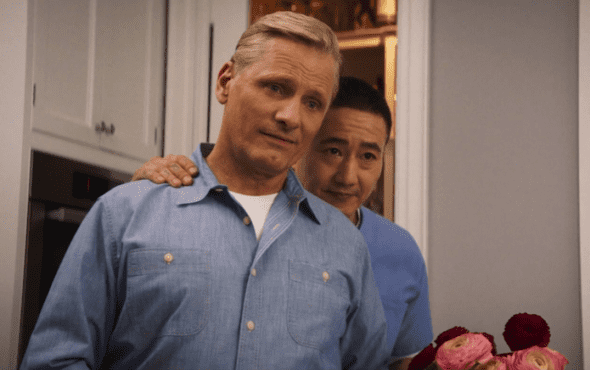 Viggo Mortensen has defended his gay role in Falling.

The Oscar-nominated actor stars in the upcoming drama as John Peterson, a middle-aged gay man who invites his conservative father (Lance Henriksen) to live with him and his partner (Terry Chen) after he exhibits symptoms of dementia.

Due to his 11-year relationship with Spanish actress Ariadna Gil, Viggo – who makes his directorial debut with the film – has received criticism for playing an LGBTQ+ character.

In a recent interview with The Times, the star called the long-running debate over heterosexual actors playing LGBTQ+ roles a “healthy” one to have, but said he “didn’t think it was a problem” during the casting process.

“People then ask me, “Well what about Terry Chen, who plays my husband in the film, is he a homosexual?” And the answer is I don’t know,” he explained.

“I would never have the temerity to ask someone if they were. And how do you know what my life is? You’re assuming that I’m completely straight.”

Viggo went on to say: “Maybe I am, maybe I’m not. And it’s frankly none of your business. I want my movie to work, and I want the character of John to be effective.

The debate over heterosexual actors playing LGBTQ+ characters has been going on for years, but it arguably reached a new peak when Scarlett Johansson was announced to play a trans man in the biopic, Rub & Tug.

Since then, stars such as Taron Egerton, Rami Malek and Jack Whitehall have faced backlash for their roles as queer men in films Rocketman, Bohemian Rhapsody and Jungle Cruise.

Darren Criss, best known for portraying gay high school student Blaine Anderson in Glee, and for his role as Andrew Cunanan in American Crime Story: The Assassination of Gianni Versace, said he won’t play queer characters in the future.

“There are certain [queer] roles that I’ll see that are just wonderful,” he said in an interview with Bustle. “But I want to make sure I won’t be another straight boy taking a gay man’s role.”

He called it “unfortunate” but explained further: “The reason I say that is because getting to play those characters is inherently a wonderful dramatic experience. It has made for very, very compelling and interesting people.”

Falling is scheduled to be released in 4 December in the UK.