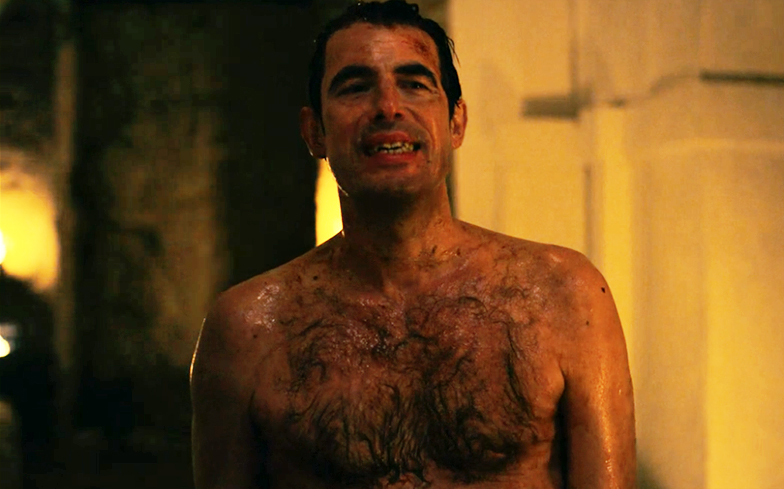 “Did you have sexual intercourse with Count Dracula?”

The first episode of the BBC’s adaptation of Bram Stoker’s 1897 horror novel Dracula aired this week, and fans have already shared their strong opinions on the show – from terrified to grossed out and some even aroused.

One of the big talking points has been Dracula’s sexuality, after a nun asked protagonist Jonathan Harker if he had sex with the titular villain in the episode’s intense opening scene.

Most viewers had no issue with the idea of Dracula being bisexual, with some pointing out that the character was coded as bisexual in the original novel.

But a few felt the need to speak out about Dracula’s interest in men.

“Five minutes in and Gatiss and Moffatt have already targeted Christianity and made Dracula bisexual. This is going to be shit isn’t it?” wrote one person, with another adding: “What is this? A gay Dracula… Only the BBC can f*** this up.”

Fortunately, there were plenty of Dracula enthusiasts on hand to remind them that the character has always been interpreted as bisexual – and that there are more important things to worry about, anyway.

Another added: “Hilarious watching all the Brits lose their mind over Dracula being bisexual… It’s fucking Dracula, he’s canonically, brilliantly queer! He’ll bite and fuck anyone! Gender is fake! Dracula is king!”

Despite many viewer’s interpretation of Dracula’s sexuality in the new adaptation, showrunner Steven Moffat told Metro that the character is not intended to be bisexual but instead “bihomicidal” as he kills people regardless of gender.

“He drinks their blood and that’s a distinction you have to make in life – they’re not the same thing,” he explained.

“But inevitably Dracula has been seen as a very sexy character – one night with him is worth giving your life up for.’ ‘It’s not but it should feel that way.

“I think Dracula has correctly identified the weakness in the human race: that we lose our minds when sex is involved and he romances them into a clinch with his teeth into their necks.

“If you look at the first Hammer one, the person he’s most excited about biting is Peter Cushing. There’s a real homoerotic moment – he really goes for it.

“He’s not bisexual; he’s bihomicidal – and that the point people should make.”

That hasn’t stopped viewers from coming to their own conclusion that Dracula is indeed bisexual, though.

Dracula continues tonight on BBC One at 9pm.