Billed as a magic and illusion show, the rather baffling array of cabaret, panto and camp showmanship has opened on London’s West End, directed by Annabel Mutale Reed.

Wonderville is something of a curiosity in amongst the more traditional West End fare that’s started to reopen post-lockdown. Playing in the currently-vacant Palace Theatre (Harry Potter and the Cursed Child isn’t reopening until the autumn), the space is being used to create a very different brand of magic. It’s a variety show with a wide assortment of talent, much of which is familiar affair but with a few twists.

The magic is pretty clever but rarely does it have a ‘wow’ factor. Edward Hilsum, a Magic Circle champion, impresses by conjuring a seemingly endless supply of doves from thin air, and exercises remarkable control over them. However, most of his other tricks – making handkerchiefs appear, tie in knots and untie, and making table tennis-size balls appear and disappear – it feels a little underwhelming on a stage so grand. They didn’t feel like particularly spectacular tricks from where we were sat in the stalls – we’re not convinced they would read well from the back of the circle.

Double act Young and Strange probably dazzle the most – their act one routine of spears-through-a-box is a little predictable, although it has an amusing punchline. However, they up the ante in the second act with a Las Vegas-style segment. Again, the tricks are likely the sort you’ll have before, but there’s a lot more razzle-dazzle to this – it’s probably the only moment in the evening which sufficiently fills the stage and energises the whole audience. 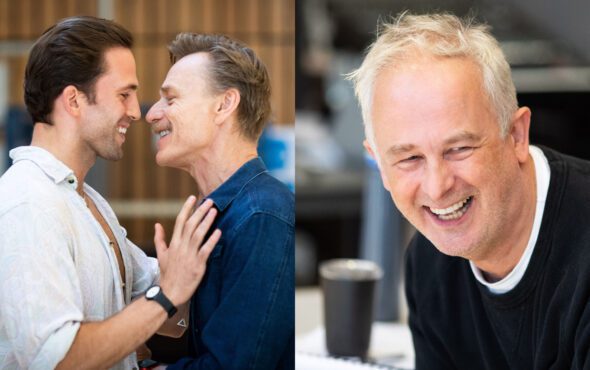 Love, anger and activism during the AIDS crisis: Dominic Cooke, Dino Fetscher and Ben Daniels on The Normal Heart

Each week there’s a guest star and we were treated to Emily England, who had an impressive if rather brief routine. Levitating light-up batons followed by card tricks and acrobatics – it all actually looked very good indeed, but sadly was all over in a few minutes. Britain’s Got Talent star Josephine Lee had an enjoyable slow-burn routine which involved some audience participation, but it felt rather incongruous with the rest of the show, both in terms of pacing and the content.

The evening is hosted by Chris Cox, who’s full of energy and displays some impressive mind-reading skills. However, we had a couple of issues with his routine – it was essentially the same sketch repeated again and again with different audience members, which is still impressive but becomes less enjoyable each time, and also he made it all feel a bit too effortless. We were surprised by how quickly such an impressive skill started to feel a little mundane.

Wonderville is really rather a mixed-bag of a variety show. There’s nothing inherently wrong with it – it’s all fine, and occasionally impressive – but it suffers from a lack of narrative or really anything bringing all the disparate acts together. It remains a perfectly enjoyable way to pass a couple of hours, but don’t expect to be blown away.