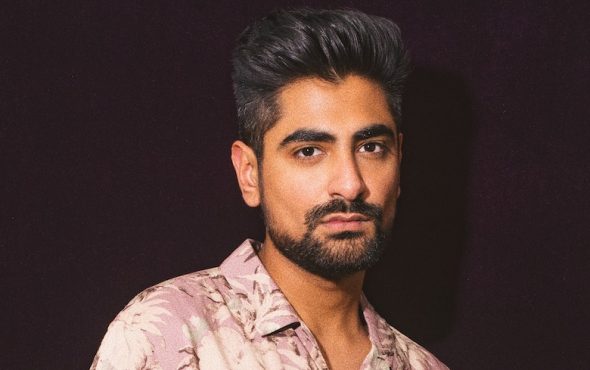 Vardaan Arora has just released one of his biggest ear-worms to date.

The US-based singer-songwriter has launched his long-awaited debut EP with Imposter Syndrome, an infectious and relatable club-ready banger in which he details his anxiety over his talent and authenticity.

“It’s reminiscent of my first single Feel Good Song in a lot of ways – lyrics about anxiety, repetitive melodies and a beat drop that makes you want to strut on a runway, but I think it’s also darker,” Vardaan tells GAY TIMES.

“The song is about doubting your worth and your talent, especially when good things are actually happening to you. I wanted to capture that feeling through an infectious dance pop song that gets stuck in your head.”

Although Vardaan has released pop anthem after pop anthem since the release of his aforementioned 2016 debut single, including january, famous and thirty under thirty, he is yet to deliver a full body of work.

“I want it to be a big moment for me,” he explains. “Something I’ll always remember. You know, I’ve been putting out singles for four years now – and I always had people ask me when or if I was going to release anything longer.

“The time is finally here! I have a title for it, which I want to share at a later date, but here’s what I can tell you: it’ll be six songs, it’ll be out some time in August, there will be a video and maybe even another single before then!”

Listen to Imposter Syndrome here on Apple Music or below.