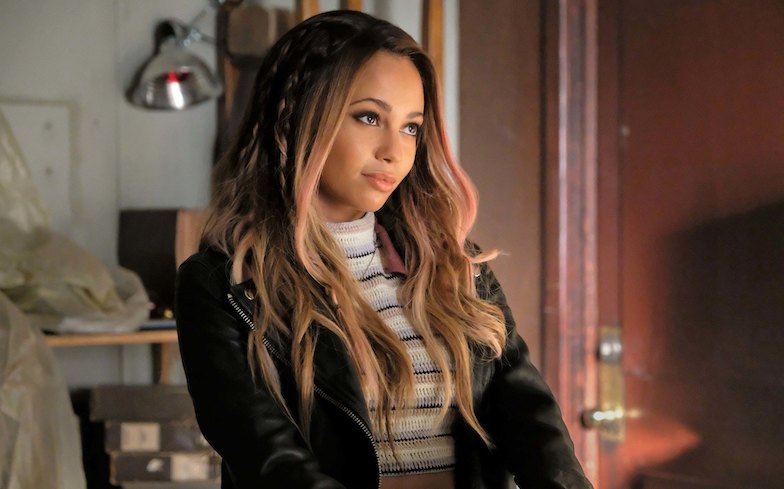 “I’m not being quiet anymore.”

Morgan has played Toni Topaz on the teen drama since 2017, a bisexual member of the Southside Serpents and lover of Cheryl Blossom (Madelaine Petsch), and was promoted to a main cast member in the show’s third season.

On Sunday (31 May), in response to the protests and demonstrations in the United States over racism, white supremacy and police brutality, she tweeted that she was “tired of how black people are portrayed in media.”

She wrote: “tired of us being portrayed as thugs, dangerous or angry scary people. Tired of us also being used as sidekick non dimensional characters to our white leads. Or only used in the ads for diversity but not actually in the show.

“It starts with the media. I’m not being quite anymore.”

On Tuesday (2 June), Morgan responded to a comment which reads: “imagine they’re getting so much more bang for their buck bc ur part of an lgbt storyline too, double the diversity – DOUBLE UR PAYCHECK IMO.”

She responded: “Lmao too bad I’m the only black series regular but also paid the least… girl i could go on for days.”

Morgan later told her followers that her role on Riverdale “has nothing to do” with her fellow cast members and friends and to not send them hate on social media because they “don’t write the show.”

“So no need to attack them, they don’t call the shots & I know they have my back,” she added.

The protests and demonstrations erupted in cities across the US – and the world – following the murder of George Floyd, a 46-year-old Black man who was killed after a white police officer knelt on his neck for over eight minutes.

As of 3 June 2020, over 11,000 protestors have been arrested in the US while many others have been hospitalised and left with permanent eye damage due to excessive force from authorities, such as the use of tear gas and rubber bullets.