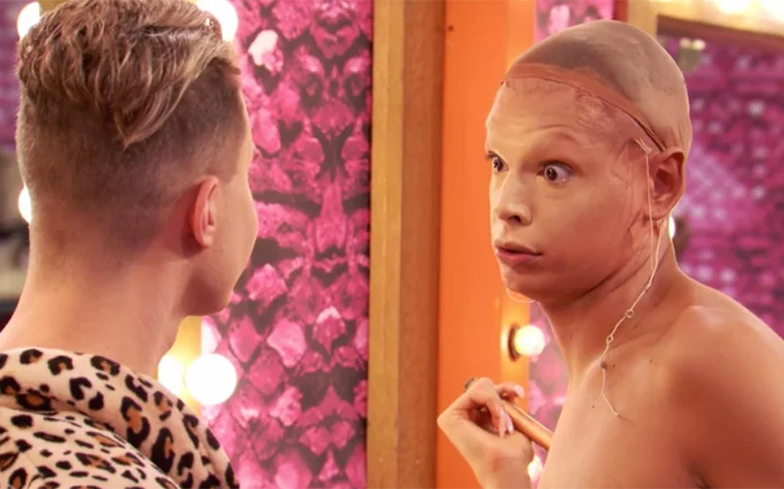 “So this is how Villaintina is going to play the game?”

Valentina – slash “Villaintina” reveals her shocking All Stars strategy to Trinity The Tuck in a new Drag Race clip.

Before the season nine fan-favourites hit the runway, Valentina makes a controversial comment to her fellow competitor about how she’ll decide to send contestants home.

Trinity, who busted her ass to save Valentina from elimination last week, questions her: “You said nobody would vote Latrice off. Well let me ask you this: what if I’m in the bottom two? And you win the lip sync?”

Trinity – clearly gagged – hits back: “You would send me home? When I would have saved you?”

The Miss Congeniality then tells her that she would never vote off Latrice Royale because she’s “dearly beloved”.

In her confessional, Trinity adds: “So this is how Villaintina is going to play the game? Oh no sweetie. You fucked with the wrong bitch.”

Has their season nine alliance come to an end? Watch the clip below.

In the upcoming fourth episode, in a salute to all things Jersey, the All Stars plead their cases before “Judge” Michelle Visage in an unscripted courtroom parody, titled ‘Jersey Justice’ – with extra special guest judges: Zoe Kravitz and comedian Erica Ash.

The episode airs tonight in the United States on VH1 and in the UK on Comedy Central.