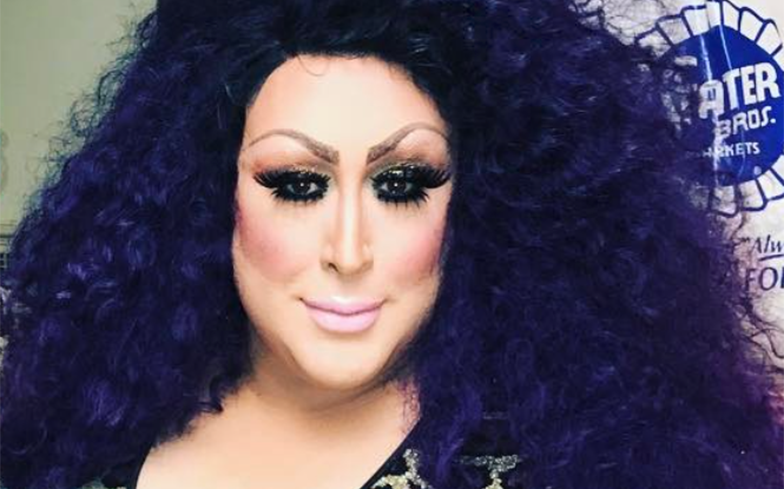 Vox takes on the role of Audrey II, the evil and sadistic extraterrestrial plant set on world domination.

The US drag performer is best known for her hilarious collaborations with Drag Race queens Willam and Detox.

She will star alongside Marc Antolin and Jemima Rooper, who play Seymour and Audrey, with Forbes Masson in the role of East Side florist Mr Mushnik. Busted star Matt Willis takes the role of sadistic dentist, Orin.

“The figure of Audrey II represents chaos at the heart of the downtrodden, deeply conventional world of Skid Row,” said director Maria Berg, whose recent productions include Dr Faustus, The White Devil, As You Like It, King John and The Gods Weep.

“She is everything Seymour’s existence is not – anarchic, queer, wickedly funny. Borne out of his greed, combined with his secret desires, the plant explodes like an out-of-control after party onto the stage, seducing and terrifying in equal measure, all with a knowing glint in the eye and a filthy sense of humour.”

She continued: “Fuelled by Seymour’s own wish for success she grows increasingly demanding, increasingly glamorous, and increasingly unreasonable, until she’s conquered the whole of New York and the show erupts in a huge, defiant celebration of the subversive and the downright fabulous.”

The original off-Broadway production of Little Shop of Horrors premiered in 1982. After several theatre adaptations, it was adapted into a 1986 film of the same name, which subsequently earned two nominations at the Academy Awards.

Little Shop of Horrors is due to begin 3 August until 15 September at Regent’s Park Open Air Theatre.

Visit here for more news on the Open Air Theatre production of Little Shop of Horrors, and watch the trailer for the 1986 cult movie below: