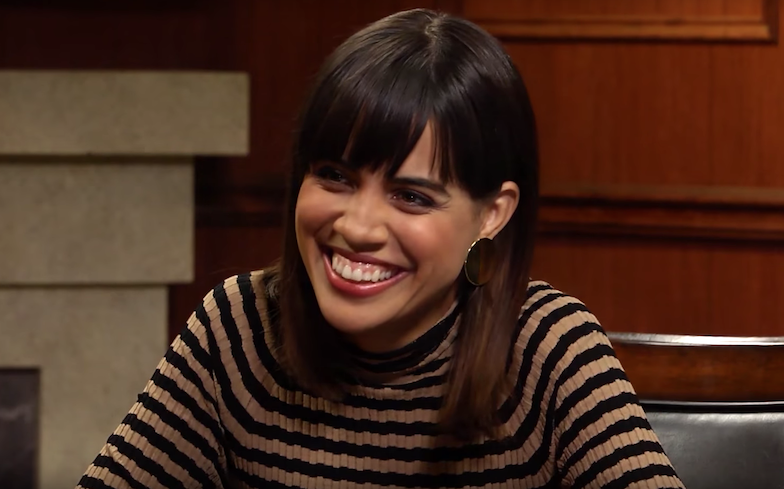 NBC has announced a new sitcom with a bisexual lead character.

Abby’s will star queer American actress Natalie Morales as the title character who runs an “unlicensed, makeshift bar” in her backyard.

According to Deadline, “there are rules at Abby’s: no cell phones (not even to ‘look something up’), earning a seat at the bar takes time and losing a challenge means drinking a limey, sugary ‘not-beer’ drink.

“As the oddball cast of regulars will tell you, hanging out at Abby’s is a coveted honor. But once you’re in, you’re family.”

The series – which is first multi-camera comedy shot outdoors in front of a live studio audience – will replace Will & Grace in the 9.30 p.m time slot on March 28. It will also star Neil Flynn, Nelson Franklin and Jessica Chaffin.

Morales is best known for her roles in the first season of White Collar, The Grinder, Santa Clarita Diet, 90210, and Parks and Recreation. She came out as queer in 2017 on social media, and later explained why in an interview with Larry King.

“All of my friends and most of my family knew I was out in my private life,” she said. “I was a supporter of LGBTQ rights and I’ve always been an advocate for it, and it started to feel a little bit disingenous to be a supporter and not openly say that I was a part of that group.

“I just thought that it’s nobody’s business who I date, but then I realised that if you have any visibility, normalising this is important. When I was a kid, I went through such a hard time thinking exactly that, that’s something really wrong with me.

Watch the whole interview with Larry King below.