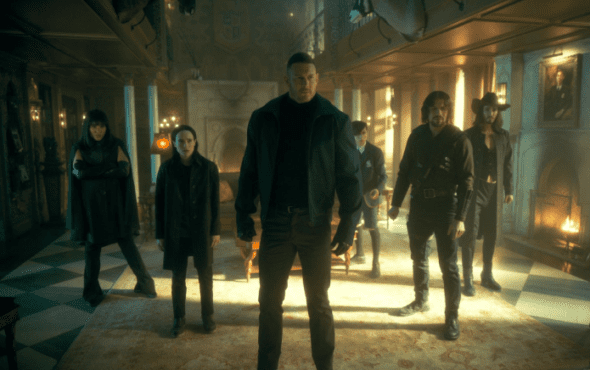 The release date for the highly anticipated return of Netflix’s Umbrella Academy has finally been announced!

After nearly two years of waiting, Netflix’s dark fantasy superhero series will be returning for a third action-packed series.

Based on the Dark Horse Comics created by Gerard Way and illustrated by Gabriel Bá, the hit drama follows a dysfunctional superpowered family who reunites after the mysterious death of their father.

Picking up from where we were left in the last season, Netflix’s teaser trailer offers a brief insight into what fans can expect.

The released clip shows the original Hargreeves seven facing off a new cohort of superpowered beings called the Sparrow Academy.

Netflix’s 17-second teaser wraps up with a round of dramatic music and the tagline: “The sparrows have landed.”

The punchy min-trailer also revealed the date on which the news season will be hitting our screens. So, get ready for June 22 for 10 exciting new episodes.

Page, who has been a part of the series since its release in 2017, came out as trans non-binary in December 2020.

Nick Adams, director of transgender media at GLAAD, voiced support for the star, telling Variety: “Trans actors can and do play both trans and cisgender characters.

“I’m sure Elliot will continue to be brilliant in Umbrella Academy and many different types of roles in the future.”

In his statement, Elliot continued to say that he’s been “endlessly inspired by so many” in the transgender community, and thanked them for “ceaselessly working to make this world a more inclusive and compassionate place.”

Fans have already begun to react to news of the new Umbrella Academy season online. “NOBODY TOUCH ME we have the umbrella academy season 3 release date and teaser,” one fan posted. Continue reading to see more fan reactions.

Me when I’ve finished watching season 2 of @UmbrellaAcad and now waiting for season 3 to drop 😆😩❤️ pic.twitter.com/UGem9aHyzz