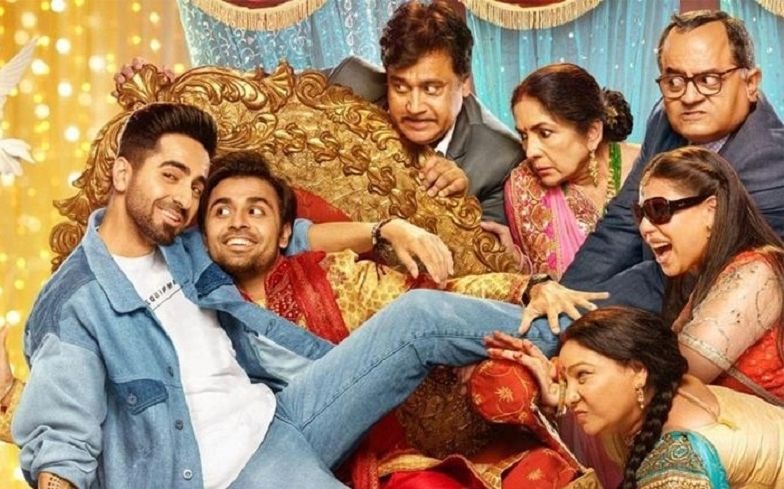 Bollywood recently released Shubh Mangal Zyada Saavdhan (Extra Careful of Marriage), its first film with gay leads. The romantic comedy is about a gay couple, Kartik Singh and Aman Tripathi, who have trouble convincing Tripathi’s family that they are a couple, as the family try forcing him into an arranged marriage.

Despite rave reviews and praise for breaking down boundaries, the film hasn’t been so well received in countries like as the United Arab Emirates and Kenya as they both announced that they have banned screenings of the film.

Hitesh Kewalya, the film’s director and writer, confirmed the news of the ban in the UAE to Reuters, saying: “Yes, it’s banned.

“I am just happy and proud that I live in a country where homosexuality has been decriminalised and we are able to make and watch films like these in a commercial space.”

The ban in Kenya was announced by Ezekiel Mutua, the CEO of the Kenya Film Classification Board. In a statement, he said: “The film is worse than the ones we have banned in the past as it has scenes involving children in homosexual practices and openly attempts to legitimize same-sex marriage.

“Homosexuality is illegal in Kenya. Further, Kenya is a God-fearing nation which places a great premium on family, an institution derived from a union between two people of the opposite gender.

“Those who want to consume such content can go and watch it in India where the film was done or any other country where homosexuality is permissible.

“Kenya will not be the dumping ground for all manner of filth that seeks to destroy the institution of family and our cultural identity.”

Speaking to the New Indian Express, Ayushmann Khurrana, who plays Karthik, said the film was aimed at the older generation of Indians, who may have issues with accepting homosexuality.

“Shubh Mangal Zyada Saavdhan will be the one that will penetrate the masses and reach out to the homophobes,” he said.

“Most people in the LGBTQ community have difficulty talking to their families. The biggest obstacle is the family. They are conservative, non-progressive, closed off. I believe our film will be the first step towards opening up a conversation.”

He added: “It’s made for the boomer generation, the generation that thinks it’s unnatural to be gay. However, it’s all been packaged as a popcorn entertainer.”

It’s not unusual for countries with homophobic laws to ban films with LGBTQ content, with the biopic of Elton John, Rocketman, being banned in Samoa and Egypt, and being heavily censored when it was released in Russia.