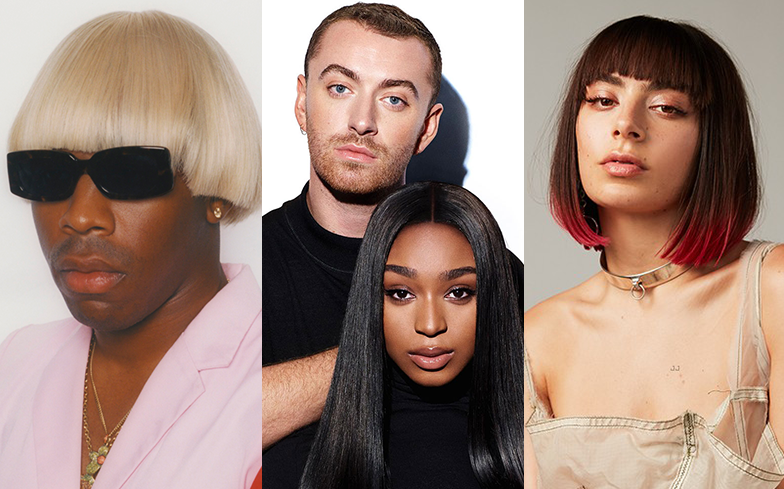 The nominees for the 2020 BRIT Awards have been announced.

Sam Smith, Tyler the Creator and Miley Cyrus are among the LGBTQ artists who have scooped nods at the show, which celebrates the best in British music. It will once again take place at London’s 02 Arena on 18 February.

Dancing with a Stranger, Sam Smith and Normani’s critically-acclaimed R&B collaboration, has been nominated for Song of the Year alongside hits from Stormzy, Mark Ronson, Ed Sheeran, AJ Tracey, Mabel, Lewis Capaldi, Tom Walker and Dave.

Although she has been slaying the world of pop since 2013, Charli XCX has only just received her first ever nomination in the category of Female Solo Artist, where she will compete against Mabel, Freya Ridings, FKA Twigs and Mahalia.

Following the release of his record-breaking sophomore studio album Fine Line, which includes hits such as Lights Up, Watermelon Sugar and Adore You, Harry Styles receives two nominations for Male Solo Artist and Album of the Year.

The full list of nominations for the BRIT Awards 2020 are as follows:

Group of the Year:

Bring Me the Horizon

New Artist of the Year:

Song of the Year:

Don’t Call Me Up – Mabel

Nothing Breaks Like a Heart – Mark Ronson featuring Miley Cyrus

Someone You Loved – Lewis Capaldi

Just You and I – Tom Walker

Album of the Year:

Heavy is the Head – Stormzy