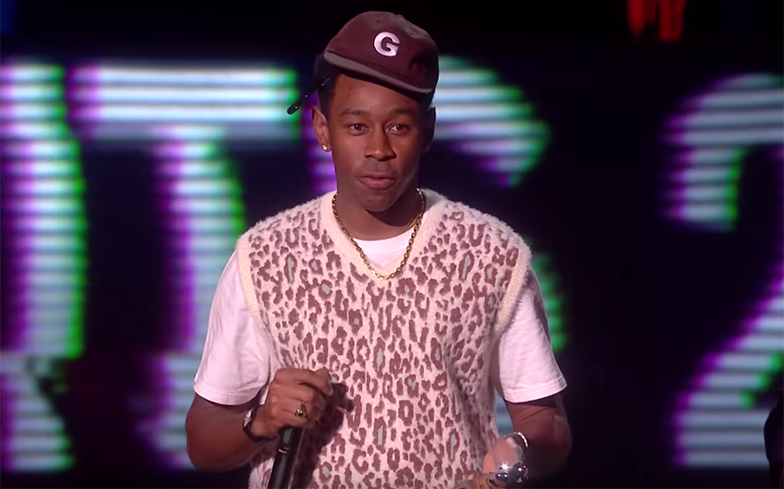 Tyler the Creator, Mabel and Billie Eilish were among the major winners at the 2020 BRITs.

“Shout out to all the UK boys that keep this place fun for me at night. And I want to give a shout to someone who holds a special place in my heart – who made it so I couldn’t come to this country five years ago,” Tyler started his hilarious speech.

“I know she’s at home pissed off. Thank you to Theresa May.”

London-based rapper Dave – who made headlines for calling Prime Minister Boris Johnson a “real racist” during his performance of Black – took home the evening’s biggest award for British Album of the Year for his debut, Psychodrama.

Elsewhere, Lewis Capaldi won Song of the Year for Someone You Loved and Best New Artist, Stormzy for British Male, Foals for British Group, Celeste for Rising Star and Fred Again for British Producer of the Year.

Although it was a very male-dominated year, female artists such as Lizzo, Billie, Celeste and Mabel gave viewers life with their performances while Anne-Marie, Hailee Steinfeld, Courtney Love, Paloma Faith and Mel C were on hand to present.

Watch all the incredible performances from the 2020 BRIT Awards below.