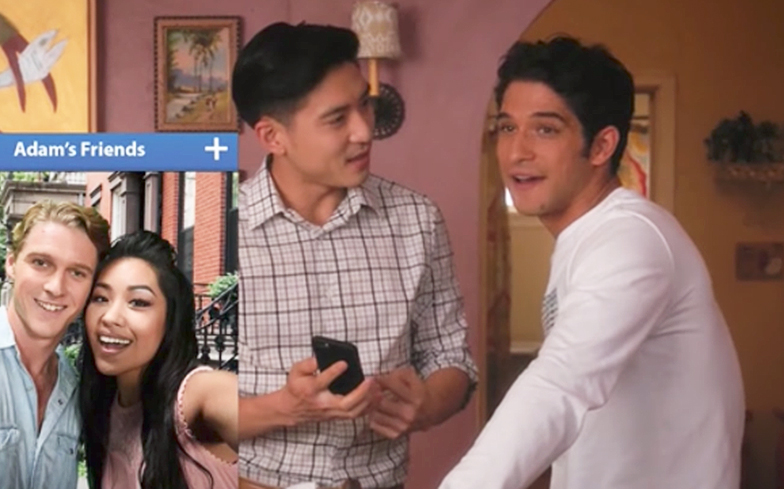 Tyler Posey’s character on Jane The Virgin just came out as bisexual.

In the latest episode of the comedy-drama series, which follows the life of a devout young Catholic woman who discovers she was accidentally artificially inseminated, bisexual visibility just got a little better.

Adam, a comic book artist played by former Teen Wolf star Tyler Posey, is the current love interest of titular character Jane, although she begins to get cold feet when she finds out he’s dated men in the past.

When asked why he never told her about his sexuality before, Adam replies: “It just didn’t really feel that relevant. And I guess I was nervous. It’s become an issue with people I’ve dated before.”

“Well you’ve never dated me before,” Jane says. “Okay, you have. Not recently. My point is… I’m totally okay with it. You have exes, I have exes, Everybody has exes.”

But Jane later confesses that she feels “a little insecure” about his past relationships with men, giving the show the perfect platform to address some persistent misconceptions about bisexual people.

“It’s not like I can give you what a man can,” Jane says.

“You’re right, you can’t,” he replies. “But you can’t give me what other women can give me, either. But it doesn’t matter, because I choose to be with you. I don’t want to be with anyone else, regardless of gender.

“We’re in a monogamous relationship. Which means that you’re not allowed to kiss anyone else.”

Check out the moment below.