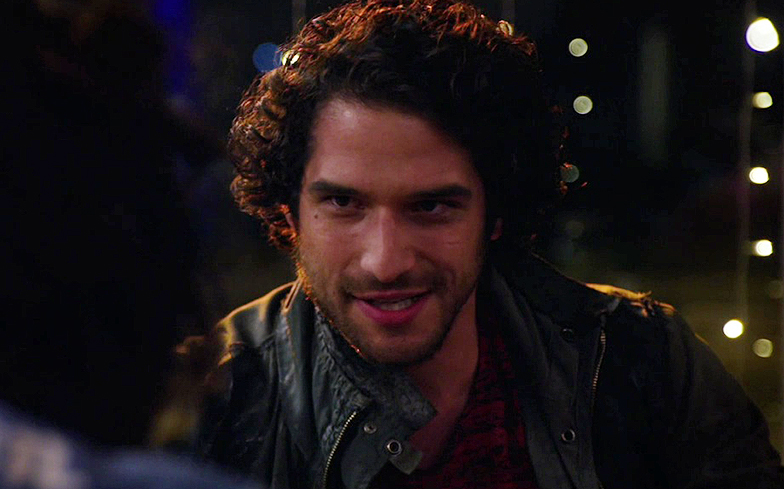 Tyler Posey has spoken about playing gay for the first time on Now Apocalypse.

Tyler, who previously played bisexual on Jane The Virgin, appears in Now Apocalypse as the mysterious Gabriel, who Ulysses hooks up with in the first episode. It marks the first time he’s played a gay character on screen.

During an interview with AOL, he responded to the ongoing debate that gay roles should be reserved for openly gay actors, many of whom feel as though they haven’t been given equal chance to play straight roles.

“I think everything should be talked about, but I never thought about that because, to me, acting has always been in the purest sense about acting. It never crossed my mind,” he said.

“Does that mean that gay people are only limited to play gay roles and can’t play straight roles? It puts lines and barriers around what we’re trying to portray on the show of being fluid and open and everyone being accepted.” He went on to say that he’s “excited” about playing gay in the show, and hopes that his character will inspire viewers to be true to themselves.

“I don’t know. I think there are a lot of cool things about it, but I never saw it that way, because I’ve been acting since I was a kid and I think I always just saw acting for what it is. I get that it’s a conversation that needs to be brought up, and I think that everything should be talked about. Fuck it – bring it up!”

When we spoke to creator Gregg, who does identify as queer, he said the show’s casting call explained what would be required from the roles, and that it helped to “weed out” actors who would’ve had an issue with nudity or playing gay.

“For the people who were interested in the show, it wasn’t a surprise, and they understood what the show was and the sensibility of it and what we were trying to do. So doing all those scenes was really not hard at all,” he said.

“It was actually really cool in the sense that the whole cast was so amazing, and besides being so unbelievably gorgeous, they’re just such great actors, they’re so talented, they have so much emotional range.”

Related: The 5 queerest moments in the first episode of Now Apocalypse