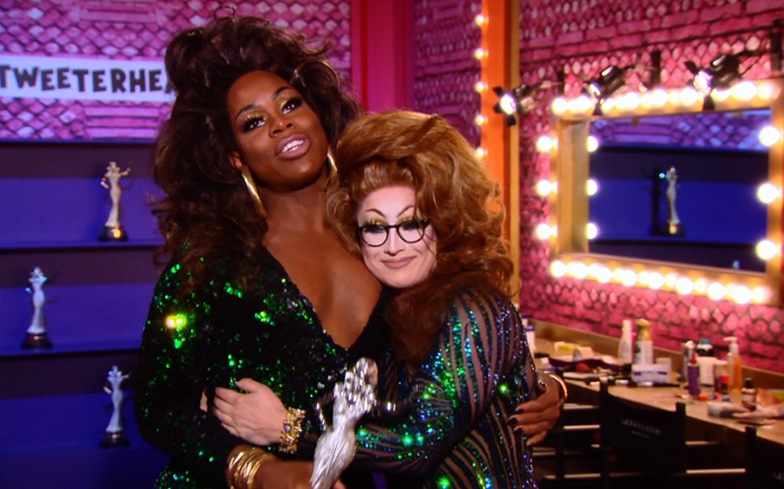 On the most recent episode of the show’s gag-worthy 10th season, the remaining six queens were tasked with making over social media influencers including YouTube star Tyler, who was paired with NYC queen Monét X Change.

Despite quickly becoming a fan favourite, Monét failed to win over RuPaul and the judges with her Tyler makeover, and was told to sashay away after losing a fierce lip sync against Kameron Michaels.

Unsurprisingly, fans of the show were left disappointed with the shock elimination – none more so than Tyler himself, as he explains to Gay Times what his response to the controversial decision was.

“I was dumbfounded, I truly was!” he recalled.

“When we were backstage, and we were watching the results come in, I could not understand it. I just kept thinking, ‘There must be something we’re missing, because this doesn’t make sense’.

“So I was really relieved to find out I wasn’t the only one who felt that way, because when the episode aired everyone gave a collective, ‘Huh?!’

“But it is what it is, and if anything, Monét is perfectly set up for a triumphant All Stars return, and I would love to cheer for her then.” He continued: “Despite all the drama of how Eureka assigned certain people to certain queens, everybody was really such a perfect fit for who they were paired with. Monét was the perfect match for me in the work room.

“We connected from the very first minute, having so much fun, but also having these really deep conversations about why drag is so important, and what we can do with our platforms. I took so much from that experience, and I’m so grateful.”

While Tyler’s part-time drag mother may have been sent home, we of course had to ask who he’s rooting for now…

“I honestly don’t know!” he admitted.

“But I can tell it’s a good season when I don’t know who I want to win. There have been seasons in the past where you’re like, ‘Oh that person’s a stand out, we all know Bob The Drag Queen’s going to win’, or whoever.

“This season everyone really brings their own unique speciality of drag to the show. So it’s like, what do you prefer? Do you prefer a pageant queen, or a funny queen, or a political queen – it really depends on your personal taste.

“That’s what I really love about Drag Race. Somebody may take the crown, but all of these queens are going to come out as winners.”

New episodes of Drag Race are available to stream on Netflix UK every Friday.