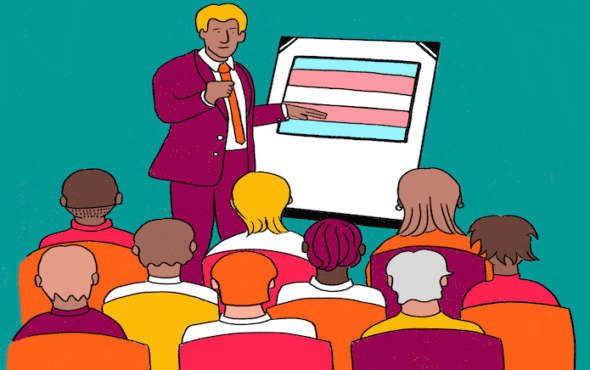 A survey has revealed trans and non-binary employees are more likely to hide their status at work compared to five years ago.

Data from a new survey from Totaljobs and YouGov has discovered that two-thirds of trans employees (65 per cent) do not feel safe enough to disclose their status in a working environment.

The same survey was conducted in 2016 and 52 per cent of participants revealed they would disclose or hide their trans identity, which has since gone up by 13 per cent.

New research also revealed that 42 per cent of trans employees have quit their jobs due to a hostile and unwelcoming work environment (an increase of 7 per cent since 2016), and a further 32 per cent have experienced workplace discrimination.

More than a quarter of trans employees that have experienced discrimination in the workplace, over the last five years, have also been deadnamed.

Deadnaming is when a person is called by their birthday which has since been changed as part of their gender transition.

As trans employees find it difficult to self-disclose, over half (56 per cent) of the survey participants have said it is also hard to find employment due to their trans identity.

Half of trans employees said they mask their true selves when looking for a new job or work role.

Data from the survey highlighted discrimination and intolerance as one of the main mistreatments towards trans employees.

More than a third of trans employees experienced bullying and insults as well as deadnaming, and deliberately misusing pronouns.

Six per cent of trans workers have been physically abused or threatened in the workplace.

However, since working has shifted from the office to a home environment, 20 per cent of trans employees have said they’ve experienced fewer microaggressions during the pandemic.

To help tackle the steady increase of intolerance towards the trans and non-binary community, workplaces must integrate further protections and training to support LGBTQ+ workers.

Sparkle, a national transgender charity, put together a guide for employees and employers to consult to address the unacceptable levels of workplace discrimination towards trans and non-binary workers.

The new survey data revealed a glaring lack of practical support and education in the workplace which could help reduce prejudice and intolerant behaviour.

If you have been affected by this story, below are some useful resources to consult:

Stonewall charity offers a free helpline for the LGBTQ+ community and allies.

Mermaids is a charity that offers information and education to gender diverse and trans children.