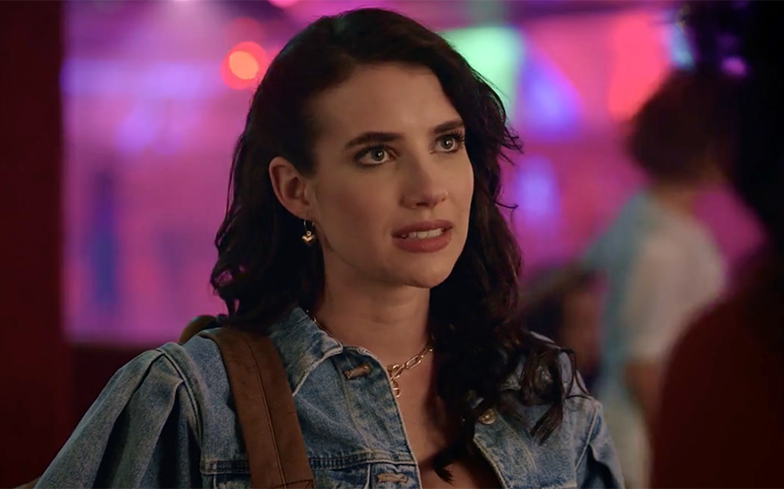 The rumours were true! This week’s episode of 1984 saw the return of two legendary American Horror Story stars.

Although last week’s instalment jumped five years into the future to reveal the fates of the surviving characters (and the dead, too), this week catapulted viewers back in time to provide some insight into Mr Jingles’ (John Carroll Lynch) backstory.

It quickly jumps forward in time to 1989, where Brooke Thompson (Emma Roberts) is saved from lethal injection from Donna Chambers (Angelica Ross). After skating around a roller rink, the two bump into a man with a porn-tache called Bruce.

Because there are no innocent characters on American Horror Story, Bruce – played by Murder House, Asylum and Apocalypse star Dylan McDermott – tries to murder them, but they gain the upper hand and chop his thumbs off. Girl power!

Later, Mr Jingles returns to Camp Redwood and finds the ghost of his mother, who despises him for the death of her other son Bobby. In order to break his deal with The Night Stalker (Zach Villa), Jingles commits suicide and resurrects as a ghost.

It is also the first season of the show to not feature mainstays such as Sarah Paulson and Evan Peters.

The seventh episode of 1984 premiered yesterday in the United States on FX. It will air tonight in the UK on Fox.