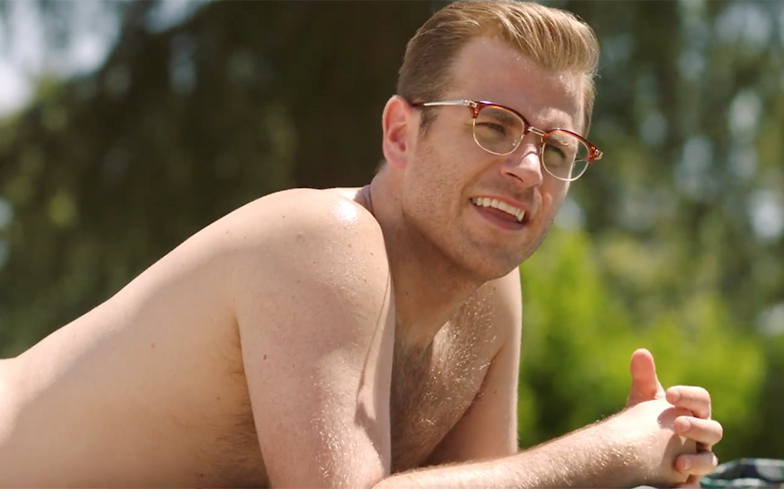 With nine incredible seasons under its belt, American Horror Story has become one of the most groundbreaking and influential television shows of the last decade.

Since its premiere in 2011, Ryan Murphy and Brad Falchuk’s hit anthology series has revitalised horror for the small screen, receiving 28 Primetime Emmy Award nominations and universal critical acclaim for the cast’s performances.

American Horror Story’s most recent season, 1984, also became its most lauded season to date, and there’s no signs of slowing down either; the show has been confirmed for four more seasons, meaning it will be on our screens until at least 2023.

If you’re waiting in anticipation for the 10th season and need your horror fix like us, don’t cha worry, because we’ve rounded up 10 terrifying and ridiculously camp television shows you can watch in the meantime.

Another anthology series created by Ryan Murphy, American Crime Story follows the same template as American Horror Story but focuses on… crime, instead of horror (you didn’t see that coming, huh?). There’s only been two seasons so far, The People v. O.J. Simpson and The Assassination of Gianni Versace, both of which received universal acclaim and won multiple trophies at the Primetime Emmy Awards; including Best Actress for Sarah Paulson, who failed to win an award for her eight season run on American Horror Story. TRAVESTY. A third season, Impeachment, will air this September and will see the return of Paulson, as well as newcomers Beanie Feldstein, Billy Eichner, Clive Owen, Annaleigh Ashford and Anthony Green. It will tell the story of the sex scandal involving President Bill Clinton and White House intern Monica Lewinsky.

A contemporary prequel to Alfred Hitchcock’s highly influential 1960 film Psycho, Bates Motel explores the younger days of serial killer Norman Bates (Freddie Highmore) and his relationship with his mother, Norma (Vera Farmiga). The psychological horror drama begins in Arizona with the death of Norma’s husband, after which she purchases a motel in Oregon so she and Norman can lead new lives. Over the course of the series, Norman’s mental illness grows dangerous and Norma struggles as she protects him from those around them. The series ran for five seasons and 50 episodes and features a special guest appearance from Battleship star and occasional singer, Rihanna.

Netflix’s gritty, Buffy-esque reboot of Sabrina the Teenage Witch stars Mad Men actress Kiernan Shipka as the titular character who is forced to juggle her dual nature as a half-witch, half-mortal while battling evil forces that aim to destroy her, her family and her friends. Unlike the Melissa Joan Hart-led series, Chilling Adventures of Sabrina is dark, twisted and bloody and does NOT include a wise-cracking talking cat, which we’re actually quite sad about. If you loved the witches in Coven, then you’re sure to enjoy this. Netflix has just released the third season (or ‘Part’, whatever), with a fourth to follow in the next few months.

Aaaaaand another anthology series from Ryan Murphy! Starring American Horror Story veteran Jessica Lange and Susan Sarandon, the first season of Feud, sub-titled Bette and Joan, follows the fraught relationship between Hollywood legends Bette Davis and Joan Crawford during and after the production of their 1962 psychological horror thriller film What Ever Happened to Baby Jane? It won two Primetime Emmy Awards, four Critics’ Choice Awards, three Golden Globe Awards and two Screen Actors Guild Awards. The acclaim! Whew. A second season focusing on the relationship between Charles, Prince of Wales and Diana, Princess of Wales was commissioned but eventually scrapped, and the series has been on hiatus ever since.

This terrifying series is based on the 1959 novel of the same name by Shirley Jackson and recalls the paranormal events witnessed by the Crain family in 1992, and the aftermath 26 years later. The first season received universal critical acclaim and was even praised by the King of Horror, Stephen King, who wrote on Twitter: “I don’t usually care for this kind of revisionism, but this is great. Close to a work of genius, really.” Quentin Tarantino also said it was his favourite Netflix series “with no competition”. It has been renewed for a second season, but like American Horror Story, will return as an anthology series. The primary cast are set to reprise their roles, and it will take inspiration from The Haunting of Bly Manor, a novella by Henry James. It will premiere later this year.

Hulu’s horror anthology series consists of twelve feature-length episodes per season, with each instalment focusing on a particular holiday or special event: Halloween; Thanksgiving; Christmas; New Year; Valentine’s Day; International Women’s Day; April Fools’ Day; Mother’s Day; Father’s Day; Independence Day; first day of school and father-daughter day. Produced by Blumhouse Productions, the same company behind horror classics such as Get Out, Insidious and Paranormal Activity, the series has received positive reviews since its 2018 debut and is notable for featuring different actors and directors in each episode.

Based on the iconic slasher film series of the same name, Scream focuses on a costumed lunatic who commits a string of murders in a secluded town. The first two seasons follows the story of Emma Duval (Willa Fitzgerald), a teenage girl who is linked to the town’s dark past, while the third and final season focuses on Deion Elliot (RJ Cyler), a football star in Atlanta who is… linked to the town’s dark past. Unfortunately, legendary scream queens Sidney Prescott (Neve Campbell) and Gale Weathers (Courtney Cox) don’t make an appearance, but if you like seeing stupid and attractive teenagers being butchered then this could be your new favourite TV show.

Ryan Murphy recruited American Horror Story alum Emma Roberts (Coven, Freakshow, Cult, Apocalypse, 1984) to play Chanel Oberlin, the rich and self-centered president of a sorority for the short-lived comedy horror series, Scream Queens. Its debut season follows a sorority called Kappa Kappa Tau who are hunted down by a serial killer in a Red Devil costume, with its second and final season set in a hospital. The series received mixed reviews throughout its run, which is, to be quite honest, utter bullshit. It was fun, campy and ridiculous (and it knew it was ridiculous), and its cast members, especially Roberts, Jamie Lee Curtis, Billie Lourd and Niecy Nash were perfection in their roles. We’re patiently waiting for the series to be revived on some kind of streaming service because we need some more Chanel and Denise Hemphill in our lives. C’mon Ryan Murphy…

Another anthology horror series, no doubt inspired by American Horror Story, Slasher has run for three seasons to date and primarily focuses on a masked killer who massacres a bunch of people for no particular reason. The first season, titled The Executioner, focuses on a murderer in an executioner outfit on a rampage in a Canada town, while the second season, Guilty Party, sees a group of former summer camp counselors being picked off one by one at their old campground. The most recent instalment, Solstice, follows a group of neighbours who are targeted for not saving a murder victim who was killed one year prior in front of their apartment.

Set in the fictional town of Hawkins, Indiana, the first season of Stranger Things – set in 1983 – focuses on the investigation into the disappearance of Will Byers and the supernatural events occurring in the town. Over the course of the series, we’re introduced to a girl with psychokinetic abilities, demonic hell dimensions and government conspiracies. Stranger Things has become one of Netflix’s most watched and critically-acclaimed original series in history, accumulating 31 Primetime Emmy Award nominations. It will return for its fourth season later this year.