Trump to Tinder: The Exorcist cast play a spooky game with hilarious results 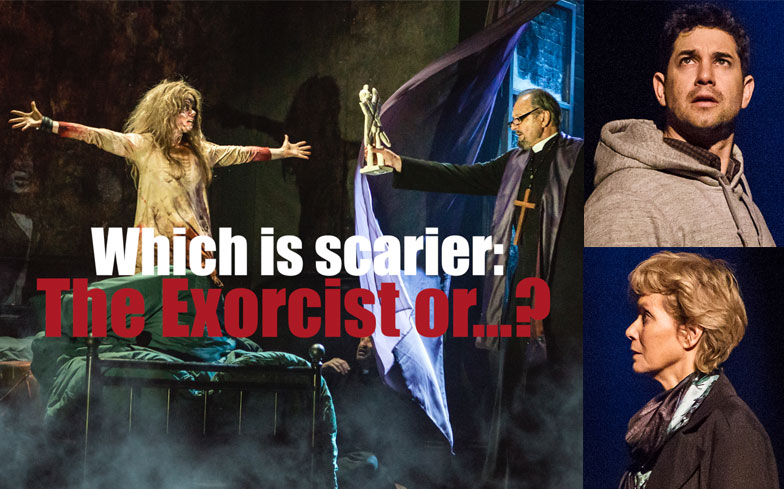 “I’m telling you that ‘thing’ upstairs isn’t my daughter…”

Forty-five years after William Peter Blatty’s best-selling novel terrified an entire generation, The Exorcist has been unleashed on stage in the West End for the first time in a new theatrical experience.

Directed on stage by Sean Mathias and adapted by John Pielmeier, the show is now playing a limited run at the Phoenix Theatre in London. Adam Garcia plays Father Damien Karras alongside Jenny Seagrove as Chris MacNeil.

But with the movie adaptation often considered the scariest movie of all time, would that statement still count for this new stage adaptation? And is The Exorcist on stage really scarier than President Trump’s Twitter feed? (Yes, lol)

Well, obviously we just had to find out. Thankfully stage stars Adam Garcia and Jenny Seagrove were on hand to find out – both equally frightful with their answers.

You can watch the hilarious results below…

More information on The Exorcist can be found here.