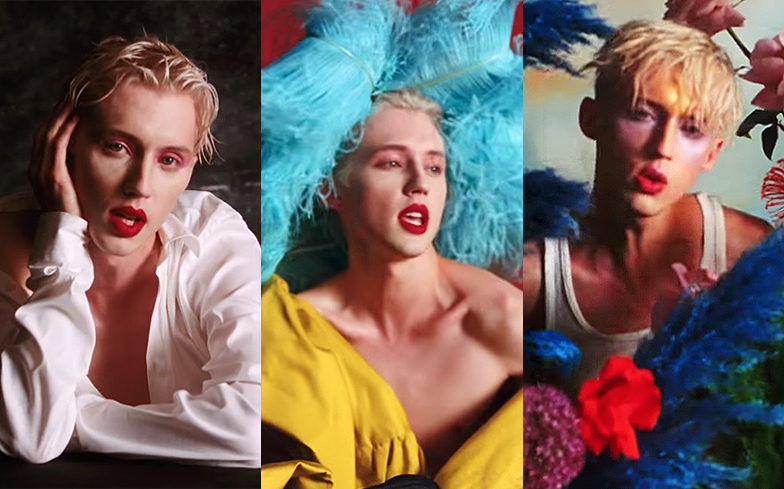 Troye Sivan is embracing his femininity in the Bloom music video.

The 22-year-old pop star came out in 2013 at the very beginning of his music career, and has been unapologetic about his sexuality in his music ever since, including his Blue Neighbourhood music video trilogy about same-sex love and homophobia.

But his latest single might be his most queer moment yet.

Bloom, the title track from his highly-anticipated sophomore album, sees Troye sing to his unnamed lover: “Might tell you to take a second baby, slow it down, you should know I bloom just for you.”

Fans were quick to realise that the song has a rather cheeky meaning. Nope, it’s not about his penchant for flower arranging or a certain British actor named Orlando, but rather about gay sex. Bottoming, to be exact.

“It’s 100 per cent about flowers! That’s all it is,” he joked to Dazed. “Call it whatever you wanna call it. I wanna play that song at every Pride. There’s almost a radicalism in just truth, you know? The most radical thing that I can do is share how happy I am.”

Today, the pop icon has released the music video for Bloom, and it appears that florals are definitely in this season.

Troye serves a series of high-fashion looks inspired by flowers throughout the Bardia Zeinali-directed clip, including an Express Yourself-style pantsuit, a black-and-red gimp mask, and a neon blue wig so huge it’d make RuPaul jealous.

Watch the fierce video below.