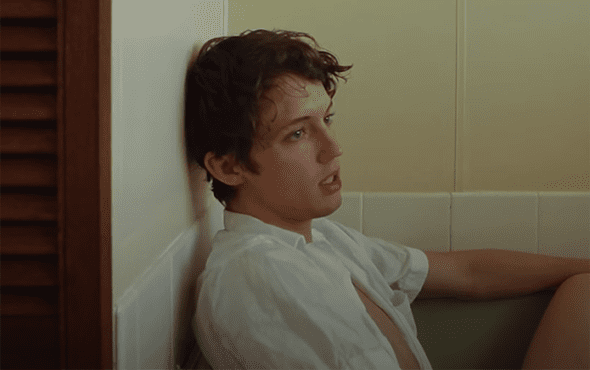 Troye Sivan has surprise released the video for his new single Rager Teenager.

In the one-shot video for the atmospheric pop anthem, which sees the Aussie singer-songwriter remember his slightly wilder teenage days, Troye can be seen lounging in an empty green bathtub.

“Hey you, where you been hanging out lately?” Troye sings to his younger self. “Sleeping and spending nights, wasting time, never thought I’d see you again in my life. Why you been acting like a stranger? Feeling alive, a teenager, ooh!”

In an interview with Zane Lowe for his At Home With series on Apple Music, Troye discussed his upcoming EP In a Dream, which will include Rager Teenager, as well as his two previous singles Easy and Take Yourself Home.

“I didn’t go in thinking I was going to write an album,” he explained.

“I’ve got an EP because I was just kind of going through a lot and I just wanted to start writing. I didn’t know this EP is such a weird little thing in that all of these songs sound pretty different from each other. I think the through line, through all of them, is just that I felt like I needed to write that day.”

In a Dream arrives 21 August. The three additional tracks include Could Cry Just Thinkin About You, STUD and the title track.

Rager Teenager is now available on streaming services – listen here on Apple Music and/or watch the music video below.